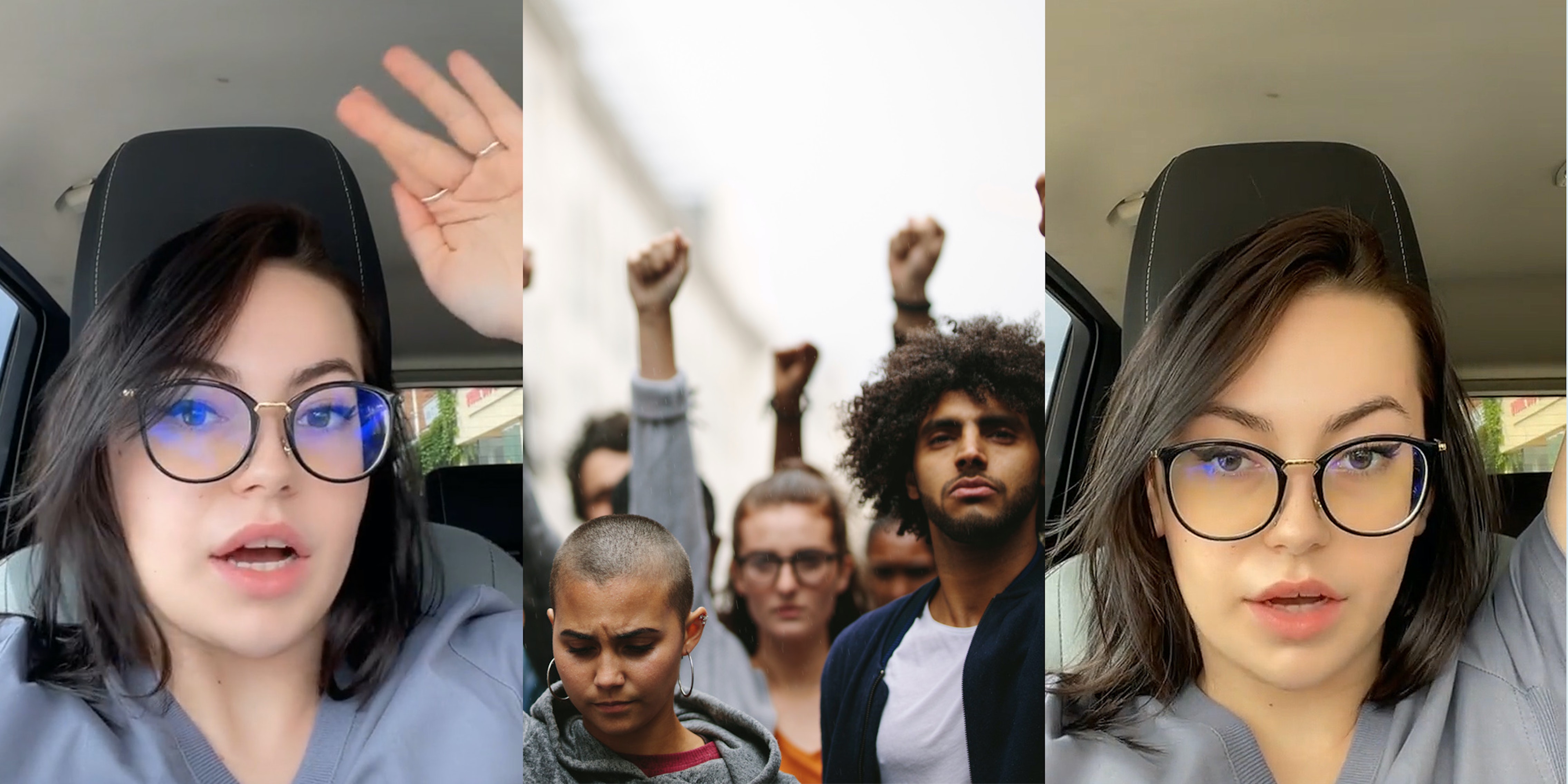 ‘They’re fighting because they have nothing to lose’: TikToker says everything has been taken away from Gen Z, sparking debate about societal issues

'Most of us have lost all will to live.'

TikToker Sara-Kathleen (@sara_kathleen__) recently went viral after posting a clip about the socio-cultural differences and outlook on life that Gen Z possesses which differentiates them from previous generations.

In a follow-up video, Sara-Kathleen delineates some examples of the “fighting” she was referring to. She talks about people “creating viral content” highlighting these issues. While her initial viral clip doesn’t reference abortion, she highlights some of the efforts that Gen Z has taken against leadership who voted to overturn Roe v Wade. Namely “doxxing the Supreme Court” officials and raising funds to help individuals get out of state so they can safely have abortion procedures performed.

In her initial clip, Sara touched on a lot of troubling economic issues that have only worsened since the onset of the COVID-19 pandemic. In her post, she mentions that it’s almost impossible for someone to own a home in America, and she has a point: it was easier to buy a home during the great depression than it is today.

In terms of not being able to afford groceries and other consumer goods, she also is highlighting a very real phenomenon that is afflicting tons of American citizens: the Biden administration’s misjudging of inflation has resulted in some of the highest rates the U.S. has ever seen. That, compounded with the turgid cost of living and skyrocketing housing expenses, makes for a particularly bleak economic outlook for many Americans. The student loan crisis is a $1.75 trillion problem that has yet to be addressed in America, resulting in a lot of over-educated and under-employed citizens who have to grapple with mountains of debt, precluding them from being able to get loans to own their own home.

Throngs of commenters who saw Sara-Kathleen’s post agreed with the TikToker’s statements. Some millennials chimed in saying that it was during their time that leadership queued up these issues and did little to stop them from happening. Others shared their own stories of how they’re struggling to make ends meet despite working multiple jobs.

“And the millennials, we HAD stuff to lose, which was systematically taken from us,” a user wrote.

“We don’t have anything to lose. I can’t afford a house, or a car, or a dog. I work full time,” a user commented.

“Most of us have lost all will to live,” one viewer said.

“i literally learned that my belongings have no sentimental value. we grew up with active shooter drills. we are desensitized and angry,” a TikToker wrote.

Many also cited climate change and growing social unrest as a trigger for the hopelessness they constantly feel.

“We are 7 years away from the point of no return on the climate changing. which gives what 20 to 30 years before life on earth can’t anymore?” one user stated.

“I’m gen z, and I’ve always wanted kids, but I don’t know if my kids would literally have a planet that’s viable to live on…” a viewer commented.