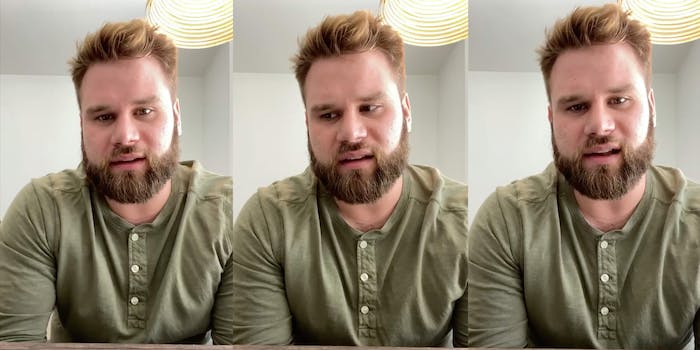 For some, his apologies aren't enough.

One post on his Facebook called Black Lives Matter protesters “extremists” and said they don’t “represent the majority of the black community.” He also wrote on Facebook, “A group called ‘Black Lives Matter’ is blocking the street downtown and just made me late for a crucial meeting. Thank you for making your point—I’m glad your life matters more than mine.”

After the racist posts were exposed, McCauley tweeted Tuesday that they were “not intended to be hurtful” and that he’s “sorry for the harm they’ve caused.”

But people criticized his apology for being vague.

On Tuesday, McCauley posted a 6-minute long video with another apology.

“It’s really shocking to even see myself saying those kinds of things … I was so angry and hateful at the world,” McCauley said. “What I said is so offensive and so hurtful and so racist … But I did it and I own it and it’s my fault and I’m gonna have to deal with the consequences.”

Abercrombie & Fitch itself has a messy history of exclusion. In 2006, the brand’s former CEO flaunted a marketing strategy aimed at “cool kids.”

“A lot of people don’t belong [in our clothes], and they can’t belong,” then-CEO Michael Jeffries said. “Are we exclusionary? Absolutely. Those companies that are in trouble are trying to target everybody: young, old, fat, skinny. But then you become totally vanilla.”

When McCauley was asked about these comments, he told Queerty, “They haven’t had the best track record, you could say, but when I got to the set, the team there were just the nicest people.”

Update 10:28am CT, March 24: Abercrombie & Fitch has cut ties with McCauley, according to an email from a company spokesperson: “A&F has worked hard over the last few years, particularly under new leadership, to improve and be more inclusive with everything we do, including our marketing, our size ranges, our charitable partners, our store experiences and our hiring practices. A&F’s Face Your Fierce campaign was created to help promote diversity, equity and inclusion, and the comments made by Mike McCauley clearly do not support that goal. They also contradict the values of our company, our associates and our customers. As such, we are no longer working with him.”