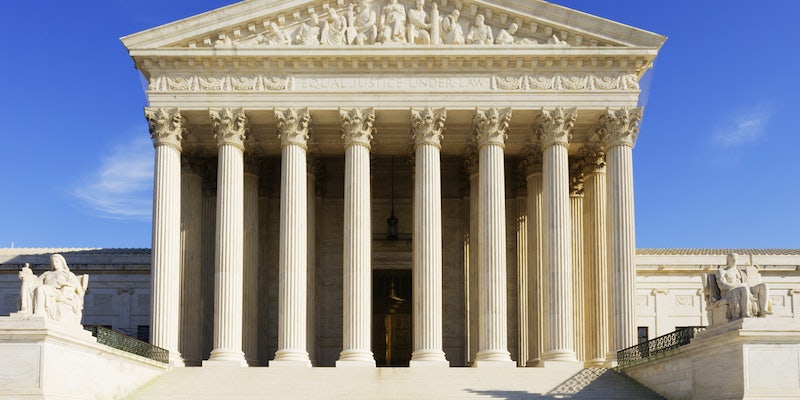 Trump’s rollback against trans protections was key in SCOTUS's decision.

Amidst the Trump administration’s rollback of transgender protections, the U.S. Supreme Court has rejected hearing a contentious trans bathroom Supreme Court case, sending it back to the lower courts.

The case involves transgender 17-year-old Gavin Grimm who was challenging a Gloucester County School Board policy that forces trans students to use gender-segregated facilities based on their assigned sex at birth. The ACLU filed the original lawsuit on Grimm’s behalf and defended him.

Bloomberg reports that the Obama administration’s trans protections letter was a significant part of the appeals court ruling. Now that the Trump administration changed the federal government’s policy, the Supreme Court has effectively wiped out the original ruling. Grimm will now be brought back to the lower court, where the question of gender identity in relation to Title IX will be addressed.

Because the Supreme Court rejected the original appeals court ruling, this also means that Grimm isn’t protected by law to use gender-segregated facilities at school that align with his gender identity.

“Providing transgender students access to bathrooms that align with their gender identity isn’t just the right thing to do—it’s the law,” Attorney General Schneiderman said, according to BuzzFeed News. “My office won’t hesitate to act to make sure all students are treated with dignity and fairness.”