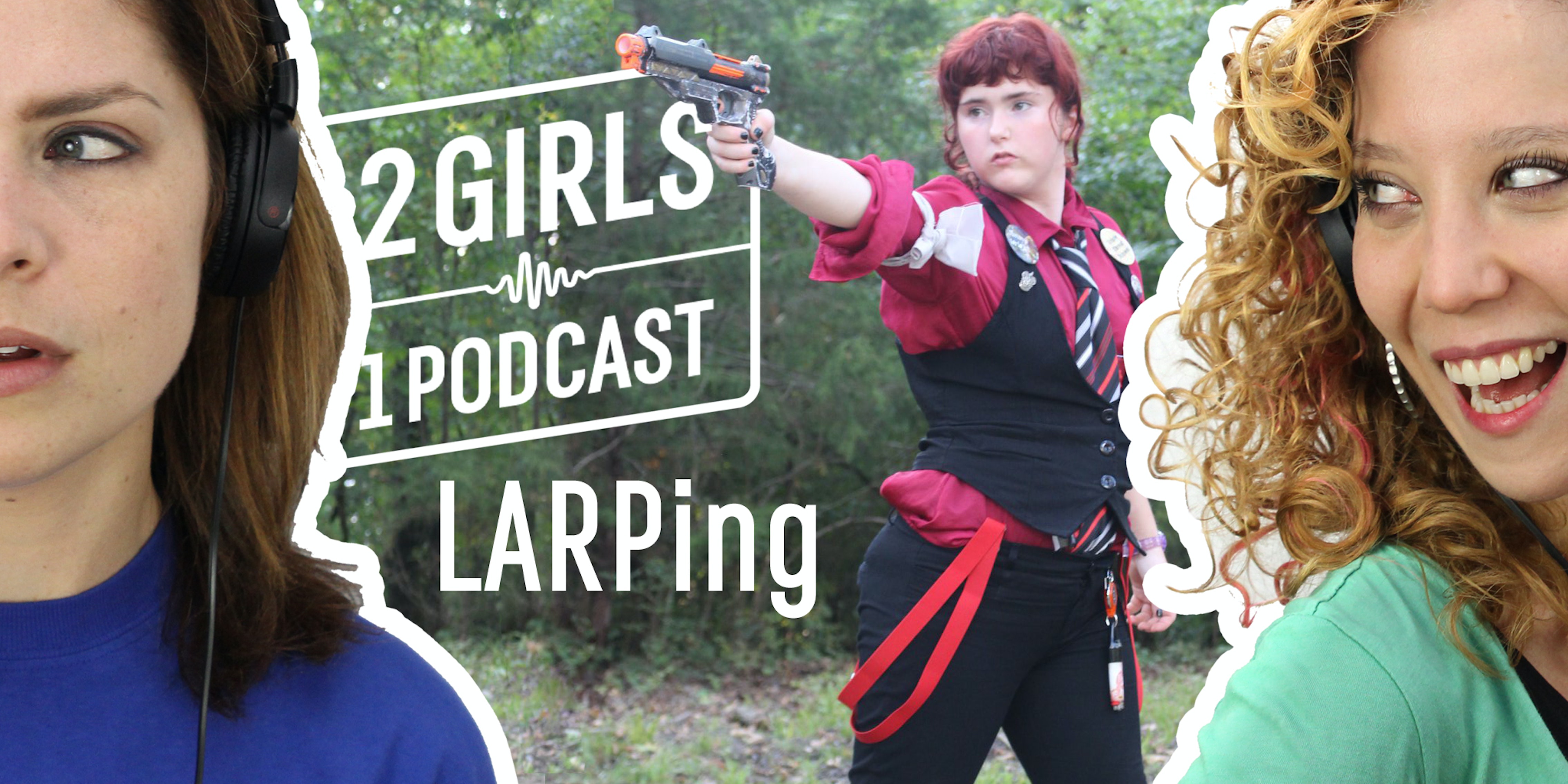 Chatting with Garden of Destinies LARP.

People have been role-playing on the internet since… the very birth of the internet itself. And out of the tabletop and digital versions sprang LARP: Live Action Role-Playing. Social media like Facebook and Discord have given rise to thriving and diverse groups of in-person adventurers who dress up and meet up for sprawling campaigns, intrigue, battles, romances, and mugs of imaginary(?) ale.

This week on 2 GIRLS 1 PODCAST, Alli and Jen chat with Rachael Cofield, the director at Garden of Destinies LARP, who also works with the organization LARPing In Color, which strives for more inclusion and diversity in the role-playing community.

Cofield discusses their passion for role-playing, the community effort that goes into non-profit LARP, why some prefer “big box” LARP, how LARP survived the pandemic, and ways the community is reckoning with this historically male-dominated hobby.