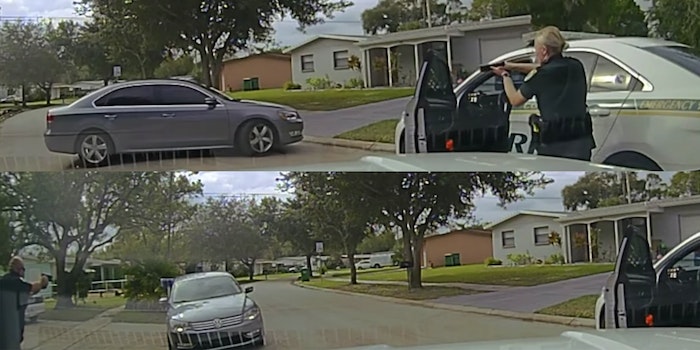 Video posted by a Florida sheriff’s office shows a sheriff’s deputy shooting at least 10 times at a car and killing two Black teenagers inside the vehicle on Friday. The dash camera footage of the Cocoa, Florida, incident was released on Tuesday by the Brevard County Sheriff’s Office.