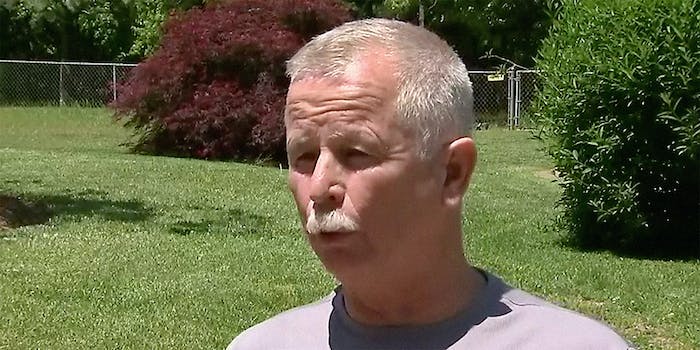 'I guess it was racially insensitive. I did not mean it that way.'

Just one day after the fatal police shooting of Andrew Brown Jr. in Elizabeth City, North Carolina, a volunteer fire chief in Lancaster, South Carolina said in a Facebook post: “Dear Police, stop responding to these black neighborhoods. They will eventually kill each other, and the fake news won’t have a story.”

WECT reports that Francis “Butch” Ghent has been placed on administrative leave following his racist comment’s exposure and broad denouncement. Ghent, however, is still shown as the Fire Chief on the Facebook page for McDonald Green Volunteer Fire Department Station 12 and Lancaster County’s website.

Ghent, a 42-year veteran of the volunteer fire unit, apologized for the racist comments in a video report by WBTV, saying incredulously, “I guess it was racially insensitive. I did not mean it that way.”

Reporter Ron Lee says Ghent claims to have spoken in defense of the Elizabeth City police, who have been under fire. Andrew Brown, 42, was fatally shot by Pasquotank County deputy during the execution of a warrant. Overwhelming calls for the release of complete body camera footage to ascertain the events leading to the shooting continue.

According to an NBC report, Brown’s family “commissioned a forensic pathologist, Dr. Brent Hall, who found that Brown was shot four times in the right arm and once squarely in the back of his head.” Per CNN, a family attorney says that the 20-second clip of the bodycam footage shows an “execution”-styled killing.

“I don’t want to stir up unrest in our community,” said Ghent in the WBTV report. “I want us to be together. I want us to heal.”

WBTV reports Ghent wrote an apology letter to Lancaster city council and will commit to an apologizing-to-Black-people tour soon.

A Facebook user, a white woman, posting on the WECT Facebook page, didn’t buy the apology: “He said, ‘I guess it was racially insensitive.’ To me, that means he doesn’t truly believe he did anything wrong. Wonder how many emergency calls he was bias on because of race.”