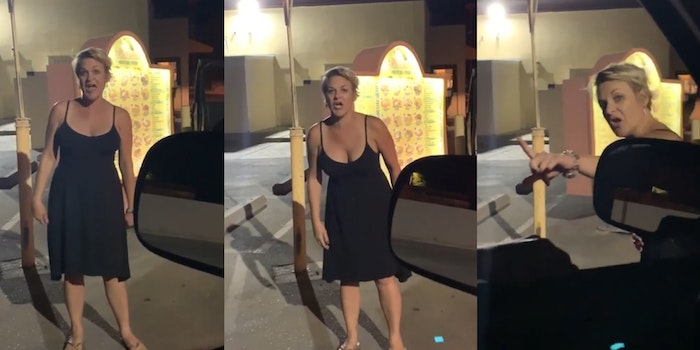 'You f***ing millennials is the best thing that just hit the f***ing joint, dude.'

Seemingly overwhelmed by the pressures of the drive-thru menu, a drunk Karen got out of her car and launched into a tirade against a carful of millennials behind her.