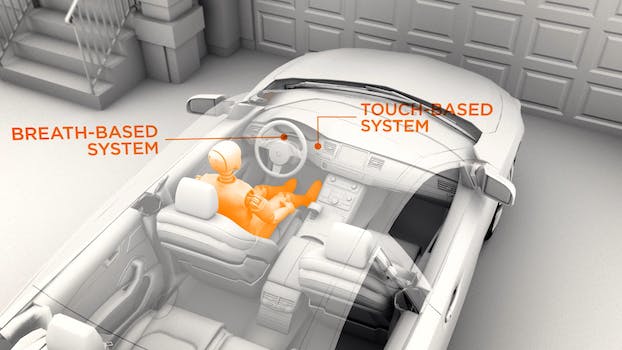 The future of booze: Activists are pushing for a future without drunk driving. Here’s the blueprint

'It clearly needs to be mandated.'

This article is the third of four in the Daily Dot’s series on the future of booze and how Americans’ relationship to alcohol is shifting amid the coronavirus pandemic.

In January 2019, Issam and Rima Abbas were returning from a family vacation with their three children when Joey Lee Bailey, a driver going the wrong way on the interstate, collided with the family’s SUV. The crash killed everyone involved, including the three Abbas children: Ali, Isabelle, and Giselle.

Before getting in his car that night, Bailey drank so much alcohol at a bar called “Horseshoes Kentucky Grill & Saloon” that his blood alcohol level at the time of the crash registered at .307%. That’s almost twice the amount Michigan law refers to as “super drunk.”

Before the Abbas family was killed, they were on their way back to their home state of Michigan. As loved ones and community members gathered to mourn their loss, many directed their outrage toward the federal government for not doing enough to curb drunk driving, which accounts for 30% of road casualties in the U.S.

Among those at the Abbas family’s funeral was Congresswoman Debbie Dingell, a U.S. Representative from Michigan’s 12th District. Dingell told the Daily Dot she experienced some of the community’s anger firsthand.

“People started yelling at me and said, ‘Why can’t you prevent this?’” Dingell said. “There were some kids there too, and they were like, ‘the technology exists to do this, why can’t the country do something about it?’”

Dingell said she resolved to do something to address drunk driving in America and promised those grieving at the Abbas funeral that she would.

Days later, Dingell introduced legislation directing the Department of Transportation to set a date by which all cars in the U.S. must be equipped with technology that would prevent an intoxicated person from operating a vehicle.

This type of technology is still in development, but engineers at the Driver Alcohol Detection System for Safety program (DADSS) say they have made promising headway toward making it widely available. The DADSS is a partnership between the U.S. government and auto manufacturers, and its engineers are working on two methods of passive alcohol detection that would require no action on behalf of the driver.

The first, a breath-based system, would monitor the driver’s normal breathing through a sensor in the driver’s door or the steering wheel. The second, a touch-based system, would use sensors located in the car’s ignition button or gear shift to read blood-alcohol levels beneath the skin’s surface. Both methods would measure the level of alcohol in the driver’s blood in less than a second and make the vehicle inoperable in the event that the driver has a blood-alcohol level above .08%, the legal limit in most states.

A spokesperson for DADSS told the Daily Dot that the program is currently testing prototypes of both technologies and that the breath-based method is “closer to commercialization.”

Once the DADSS produces a practical system for preventing drunk driving, Dingell says it is critical that the technology be part of every vehicle rather than an optional feature.

“It clearly needs to be mandated,” Dingell said. “People who are drunk don’t have common sense, and their lack of having that common sense kills people.”

The group Mothers Against Drunk Driving (MADD) has been rooting for the development of a technological barrier to drunk driving since 2006. The organization’s national chapter President Helen Witty said the 2019 death of the Abbas family created strong momentum for passing legislation to address the issue.

“Congresswoman Dingell called MADD in,” Witty said. “She asked us why isn’t this in vehicles.”

Witty said Dingell’s motivation to tackle drunk driving led to the creation of the HALT Drunk Driving Act, the bill authored by Dingell to mandate technology in every car that can detect intoxication and prevent drunk driving. Witty estimates that the technology could save approximately 9,400 lives each year.

The HALT Act was later added to the Moving Forward Act, a federal transportation and infrastructure bill that has passed in the House of Representatives. For it to become law, it must still be passed in the Senate and signed by the president. MADD’s Chief Government Affairs Officer J.T. Griffin said he is confident the HALT Act will survive the process.

“The good news is that this legislation eventually becomes must-pass legislation,” Griffin said. “The HALT Act is a base part of the federal highway bill, and that has to get passed. So I really like where this is positioned … and I think we will be successful in passing it.”

Witty said that given drunk driving’s status as a major contributor to fatalities on America’s roads, it seems obvious to take immediate action to eliminate it, especially now that the technology to do so is on the cusp of being widely available.

“I don’t want to meet one more family that has to deal with a senseless death,” Witty said. “I can look at a person and almost tell how long it’s been since they suffered that violent loss.”