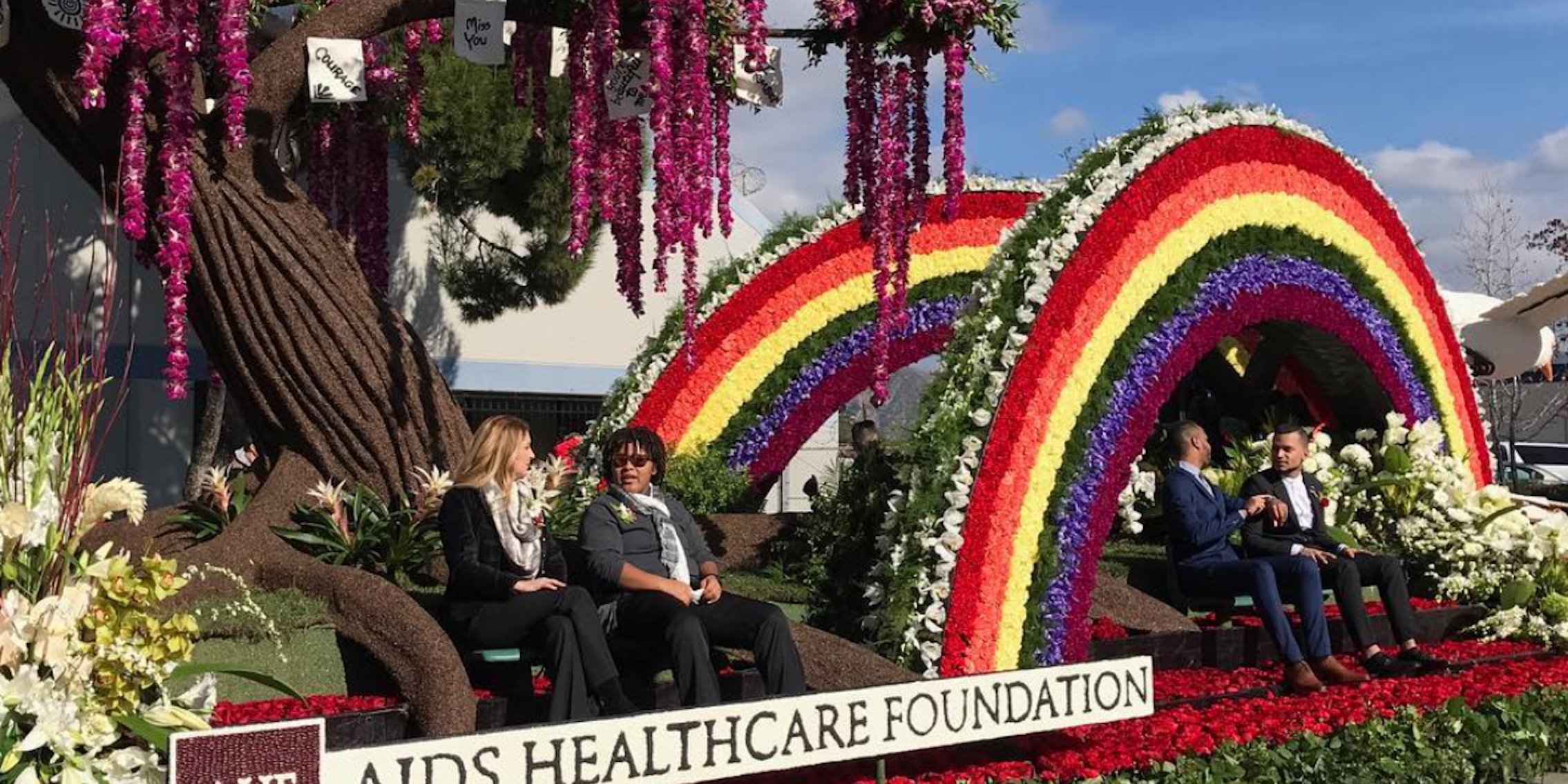 A float made of 5,000 memorial notes also honored the survivors.

Yesterday, 49 white doves were released during Pasadena’s Rose Parade to honor the 49 people killed during the shooting at gay club Pulse in Orlando this summer. Both the victims and survivors were also honored with a float made with 5,000 memorial notes and a variety of flowers designed to create two rainbows and a large dove symbolizing unity and peace. Jahqui Sevilla, Victor Baez Febo, and Isaiah Henderson, all survivors of the attack, rode the float and sat under the rainbows with the owner of Pulse and local representatives from the LGBTQ community.

Impulse Group Orlando’s president Corey Lyons told the Advocate that while the float and dove-release honored the dead, it also commemorated the struggles of living LGBTQ people from all over the world.

We must not lose sight of the fact that this beautiful float also serves as a solemn and sacred reminder to millions of parade viewers around the world that the stigma and discrimination that led to this attack are not over—the fight goes on, and we must be vigilant in speaking out and speaking out against such bigotry, hatred and injustice.

The Pulse massacre was the deadliest mass shooting in U.S. history. Most of the people killed were LGBTQ people of color.