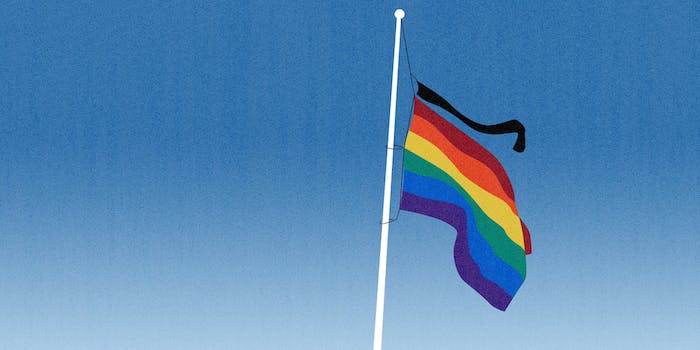 Here are the names of the victims of the Orlando shooting

Police are releasing the victims' names after notifying their next of kin.

Police have identified 48 of the 49 victims in Sunday’s mass shooting at a gay club, Pulse, in Orlando, Florida. As they notify next of kin, Orlando Police been updating its website with the names of the victims. Below are the victims who have been identified so far. Remember them.

The hashtags #OrlandoUnited, #PrayforOrlando, and others have been flooded with remembrances of the victims. Author J.K. Rowling tweeted about victim Luis Vielma, who worked at Harry Potter World at Universal Studios.

Edward Sotomayor Jr. of Sarasota identified as one of the victims in the #OrlandoShooting at Pulse nightclub. #RIP. pic.twitter.com/92qU9qmUZ8

GLAAD has also introduced a Facebook photo filter so users can show their support.Accounts of what the scene was like inside Pulse are beginning to emerge. One man, Josh McGill, was hiding behind a car after escaping the club when he spotted 27-year-old Rodney Sumter Jr. wounded on the ground. He tied his shirt around his wounds to stop the bleeding and brought Sumter to police.

“So the police officer turned to me and said, ‘OK, this is what the deal is. You’re going to lay down in the back of that cop car and he’s going to lay on top of you, and I want you to bear hug him and try to keep all the pressure on him as you can.’ So I did,” McGill told CBS. “And they were like, ‘Also, like keep him conscious.’”

The Orlando shooting was the deadliest mass shooting in U.S. history. The gunman, Omar Mateen, was an American citizen who, according to his ex-wife, wanted to be a police officer. She also says he abused her. The AR-15 that he used in the massacre was legally purchased.

We will update the post as more names are released.

Update 1:28pm CT, Jun. 13: This post has been updated to include the names of more victims.