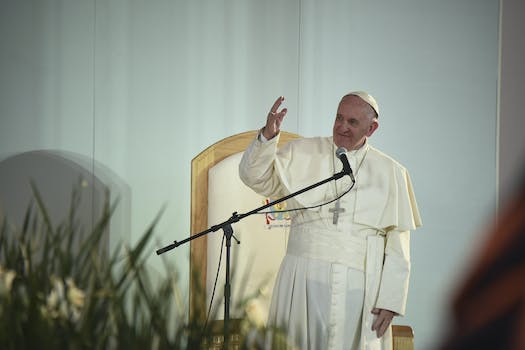 Trump said that the Vatican was 'ISIS's ultimate trophy.'

On Thursday, Francis said that Trump was “not Christian” because of his desire to build a wall along the U.S.–Mexico border.

“A person who thinks only about building walls, wherever they may be, and not building bridges, is not Christian,” Francis told reporters aboard his flight back to Rome from Mexico

.@Pontifex on Trump, during a presser on papal plane: "This man is not Christian if he has said things like that." pic.twitter.com/E2aItkubtX

In response, Trump warned Francis that the Islamic State is destined to attack the Vatican if the Republican presidential candidate fails in his bid for the White House.

“If and when the Vatican is attacked by ISIS, which as everyone knows is ISIS’s ultimate trophy, I can promise you that the Pope would have only wished and prayed that Donald Trump would have been President because this would not have happened,” the Trump campaign said in a statement. “ISIS would have been eradicated unlike what is happening now with our all talk, no action politicians.”

The spat continued on Twitter, where Trump’s social media advisor Dan Scavino pointed out that the Vatican is surrounded by a wall.

Trump, who says he is a Presbyterian, came under fire in January after he botched the name of a book of the Bible during a speech at Liberty University, an evangelical Christian school.

“We’re going to protect Christianity. I can say that. I don’t have to be politically correct,” Trump said during the speech. “Two Corinthians, 3:17, that’s the whole ballgame … is that the one you like?”

This is not the first time Trump and Pope Francis have collided in the American public’s imagination. In December, Gallup’s “most admired man” poll found that both men tied for second.