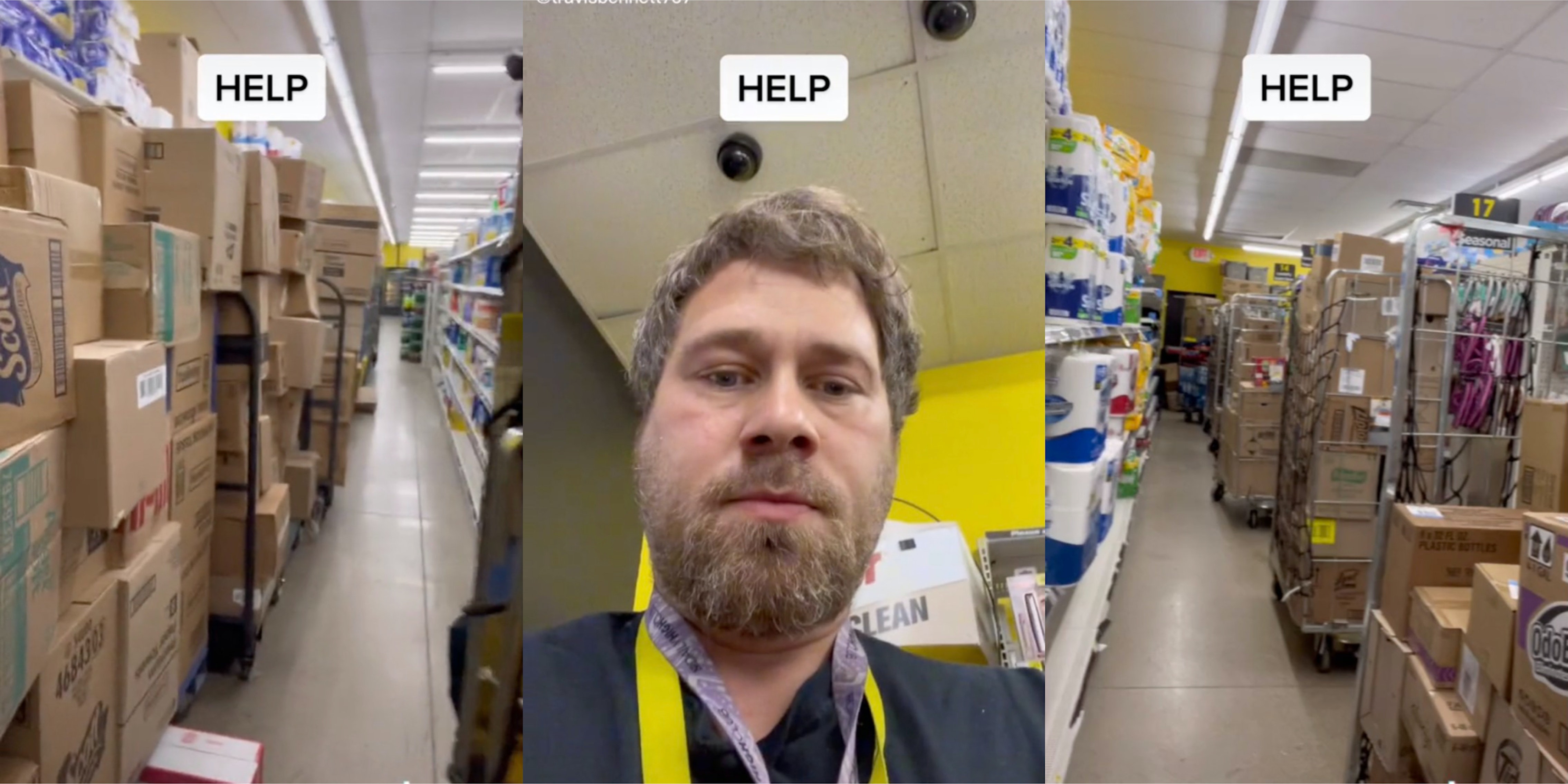 ‘Everybody is trying to hide how bad it is’: Dollar General employee says stores across the country are ‘completely overwhelmed,’ pleads for help

'I used to think this was due to lazy employees. Then I became a store manager for Dollar General.'

A Dollar General assistant manager has gone viral after showing the conditions of his store, which he says is representative of most stores across the country.

In a video with over 380,000 views addressed to “anyone inside this company that actually cares,” TikTok user Travis Bennett shows the conditions of his Dollar General. This includes boxes filling the aisles and numerous crates that have not been unpacked. Bennett says this is typical for “most Dollar General stores across the country.”

“My store manager is overwhelmed. We don’t have enough staff, and my district manager doesn’t do anything about it. All she does is keep putting pressure on [my manager], until then the manager puts pressure on everybody else, and they quit,” Bennett starts. “That’s why we don’t have any employees.”

The lack of employees has made an impact on the store, he explains, evidenced by the numerous crates and boxes visible throughout the video.

“We are overloaded with freight, and we do not have enough hours in the week or enough people in the week to put them away,” he details. “…We are completely overwhelmed.”

While Bennett theorizes that managers and higher-ups in the company must simply not know about the conditions of their stores, this is unlikely given the multitude of similar complaints voiced by workers in the last few years.

In this year alone, three separate worker complaints have gone viral on TikTok, showing everything from a Dollar General store with just one employee to shopping floors buried in boxes of packed stock to saturated delivery trucks with unsorted goods.

These complaints got so bad that a former Dollar General employee named Mary Gundel started a movement to address employee complaints. This movement, per the New York Times, is called #PutInATicket, a sarcastic reference to Dollar General manager’s methods of redress when they have complaints against the company, i.e. just “putting in a ticket.”

Although Dollar General told the New York Times they were ready to “listen and learn,” it would seem through stories like Bennet’s that there is still much listening and learning to be done. One possible reason for the company’s inaction is its continuously increasing profits.

Back on TikTok, users felt Bennet’s pain while also noting that the current state of the store may actually be dangerous.

“Do what out local store did. call the fire Marshall. it’s a fire [hazard]. they closed them on the spot couldn’t reopen until it was cleared,” shared one user.

Other users agreed that the look of this store was typical for Dollar General.

“I used to think this was due to lazy employees. Then I became a store manager for @Dollar General. This video is 100% reality at DG,” claimed a commenter.

“Every DG shopper knows the store conditions, every DG employee knows…HOW do the higher ups NOT?…They do know-they DON’T CARE!” exclaimed a second.

The Daily Dot has reached out to Bennett via TikTok comment and Dollar General via email.