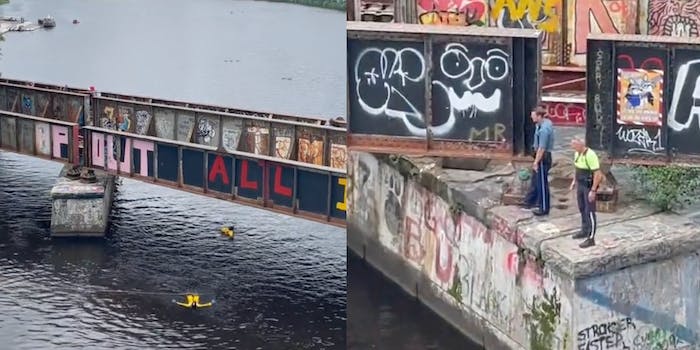 A 41-year-old man’s body was recovered from the river later that day.

A viral TikTok captured divers searching for a body in the Charles River in Boston near the Boston University campus last Wednesday. The video has garnered 793,000 views and over 1,600 comments, many of which expressed fear and concern about the search.

The same day the TikTok was posted, WBZ reported that the Massachusetts State Police Marine Unit recovered a 41-year-old man’s body from the river. The man has not yet been identified and he was reportedly homeless. The unit had initially received a call reporting someone struggling in the water.

Two witnesses had attempted to rescue the man before the state police arrived using a nearby boat and their hands as paddles. However, by the time they got near the point where the man was struggling, he had disappeared under the river.

It’s unclear why he was in the river. One of the witnesses who tried paddling out to the man described losing sight of him, “We wanted to throw the rope in and find him but we didn’t. It was just black water.”

WBZ reported that visibility was low during the search. The man was found 10 to 12 feet underwater.