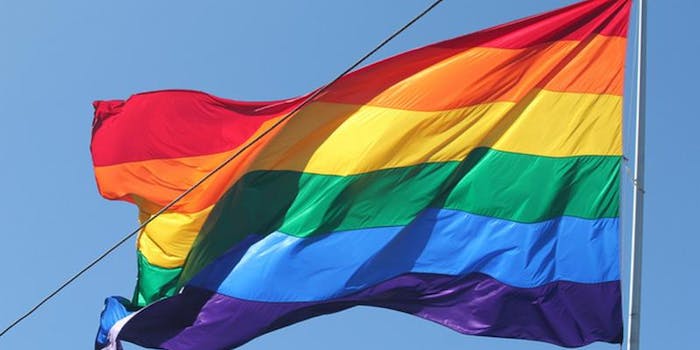 7 fatal disasters that were blamed on homosexuality

They were deadly. But they were also fabulous.

Earlier this week, Amtrak’s Northeast Regional #188 derailed in Philadelphia on its way to New York after speeding up to more than 100 miles per hour, injuring dozens of passengers and killing eight.

Investigators are still scrambling to figure out what exactly happened; an Amtrak engineer is currently being scrutinized as the possible cause of the train wreck, as is an unidentified object that may have struck the train.

Meanwhile, some people have highlighted the engineer’s sexuality as a factor in the crash. Elite Internet troll (and theoretically real person) Chuck C. Johnson has, of course, chimed in on the topic.

Johnson is far from the first bloviator to link homosexuality to a tragic disaster. The most upstanding members of the U.S. political right wing and religious world have also propagated the idea that gays are to blame for some of the most horrific incidents in recent memory.

According to a blog post by chaplain John McTernan, the natural disaster that raged through the eastern seaboard is all thanks to the LGBT community and Obama’s endorsement of marriage equality.

The post has since been deleted, but the Huffington Post reported that McTernan wrote: “God is systematically destroying America… Just look at what has happened this year.”

2) The 2011 tsunami and earthquakes in Japan

In 2011, Cindy Jacobs of the Generals International ministry linked the repeal of “don’t ask, don’t tell” to the tsunami and earthquakes in Japan that resulted in 16,000 deaths.

Earlier that year, she also blamed mass birth deaths on the DATD repeal.

On the 700 Club, Jerry Falwell famously preached about the biggest terrorist attack on American soil:

I really believe that the pagans and the abortionists, and the feminists, and the gays and the lesbians who are actively trying to make that an alternative lifestyle, the ACLU, People for the American Way, all of them who have tried to secularized America. I point the finger in their face and say, ‘You helped this happen.’

It‘s striking that one of the health risks that’s associated with homosexual behavior is an increased risk of suicidal ideation… Now we are discovering that, perhaps, [Lubitz] was involved in homosexuality, was taking drugs for depression, and perhaps that would explain his suicidal crash of that plane.

Between the earthquake and the hurricanes, the queer community is to blame for many of today’s natural disasters. But let’s add the drought happening in California right now to the list.

According to Christian radio broadcaster Rick Wiles, the drought (as well as bird flu) is God’s way of punishing America until the country halts its march toward marriage equality and pro-choice legislation.

Long story short: One of these cities was so gay it gave us a technical name for butt-sex, so God destroyed it. Our bad.

Update 12:14pm CT, May 18: An earlier version of this article stated that Bryan Fischer was from RWW News. He actually made that comment on an American Family Association radio show, which is not affiliated with RWW.