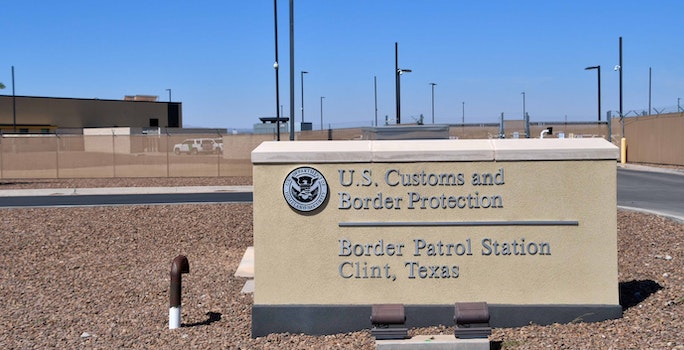 Members of the “I’m 10-15” group reportedly joked about the death of a 16-year-old in Border Patrol custody, made veiled threats against the Congressional delegation that visited two immigrant detention facilities yesterday, and shared lewd and misogynistic doctored images such as one of President Donald Trump forcing Rep. Alexandria Ocasio-Cortez (D-N.Y.) to fellate him. 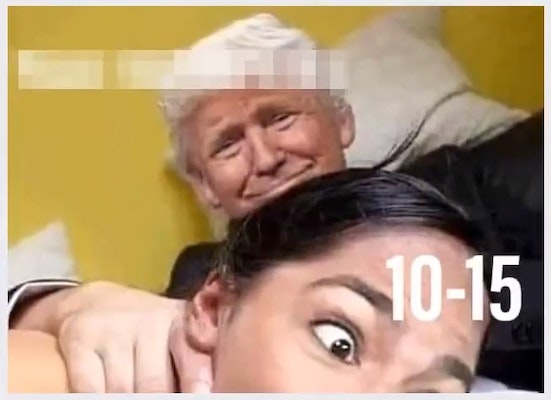 One person also questioned whether the viral photo of a drowned father with his 23-month-old daughter was fake because the bodies were so “clean.” There is no indication that the Associated Press image was staged or altered in any way.

The group, which as of this morning does not appear in Facebook searches, reportedly had 9,500 members. Its name refers to the “10-15” code that CBP uses for immigrants in custody.

In a statement to the Daily Dot, assistant commissioner of the Office of Professional Responsibility Matthew Klein confirmed that the Department of Homeland Security Office of the Inspector General launched an investigation based on the story.

Klein cited a provision of the CBP’s Standards of Conduct that employees are expected to adhere to “both on and off duty.”

The provision prohibits “abusive, derisive, profane, or harassing statements or gestures, or … any other conduct evidencing hatred or invidious prejudice to or about one person or group on account of race, color, religion, national origin, sex, sexual orientation, age or disability.”

“This includes comments and posts made on private social media sites,” Klein said.

The story prompted widespread criticism and outrage, including from members of Congress who were in the delegation that visited the detainment facilities.

When you pair:
– 9,500 current + former CBP officers are part of a violently racist & sexually violent secret Facebook group
– Corroborating accounts of abuse
– CBP couldn’t control their own officers for a Congressional tour

What else do you call that but a rogue agency?

#BREAKING: New @propublica reveals just how staggering the inhumane abuses are by the Border Patrol agents tasked w/ caring for children and families. How can we negotiate w/ ICE & CBP in good faith when they continue to foster a culture of corruption?? https://t.co/KVhiLWm0JP pic.twitter.com/FgUZRg1xJs

If this is what @CBP staff post on Facebook about @aoc, an elected member of Congress, what do people think ⁦@ICEgov⁩ and CBP staff do to the refugee women in cages after the reporters and lawmakers leave and the cameras are switched off https://t.co/MT4NGHTVwq

Yesterday, the National Border Patrol Council, the union that exclusively represents approximately 18,000 Border Patrol agents, released a statement condemning the conduct of members of the Facebook group, and attempting to downplay the significance of the story by characterizing them as outliers among its membership.

“The men and women of the U.S. Border Patrol are by and large professional law enforcement officers who only want to do their job—to have a small minority of Facebook group members tarnish that image is unfortunate and embarrassing,” it states.

The statement also said, regardless of “the politics of Rep. Ocasio-Cortez and Rep. Escobar, they both must be treated with dignity and respect,” and criticized the former for referring to CBP facilities as “concentration camps and our agents as Nazis,” which “does nothing to improve the political discourse.” While Ocasio-Cortez has referred to the facilities as concentration camps, the Daily Dot could find no instance of her describing CBP agents as Nazis.

The revelation of the private Facebook group comes during a time of intensifying scrutiny of the conditions at immigrant detention facilities, which have been overwhelmed due to Trump’s zero-tolerance immigration policies. The facilities have controversially been likened to concentration camps.

Yesterday, a delegation including Ocasio-Cortez, Rashida Tlaib (D-Mich.), Ayana Pressley (D-Mass.), and others visited two of the facilities on the border where conditions have reportedly been deteriorating. The representatives said they witnessed extreme overcrowding and unsanitary, inhumane conditions—women who hadn’t been allowed to bathe in more than two weeks, and reports that they were told to drink out of toilets—as guards looked on, laughing.

Rep. Ocasio-Cortez later said a supervisor defended the guards’ conduct, which she further described as “physically and sexually threatening towards me,” telling her, “Officers are under stress and they act out sometimes.”

Many view the stunning revelation about the secret Facebook group as indicative of a widespread culture of abuse and callous indifference to human life and suffering among CBP agents. The members of this group may among the first to face consequences for their roles in the humanitarian crisis at the U.S.-Mexico border.

“These posts are completely inappropriate and contrary to the honor and integrity I see—and expect—from our agents day in and day out. Any employees found to have violated our standards of conduct will be held accountable,” U.S. Border Patrol Chief Carla Provost said in a statement to the Daily Dot.