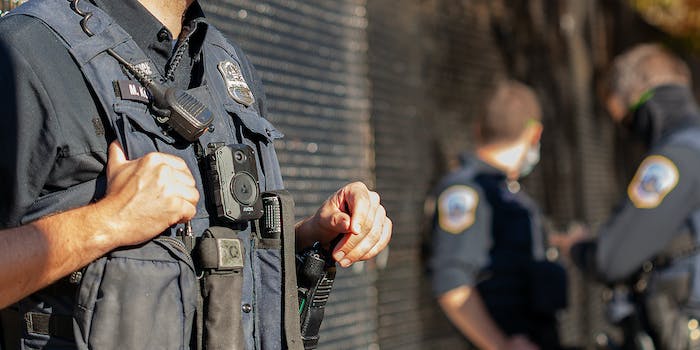 Bodycam footage and a 911 call captured the incident.

Deputy David Turbyfill, who shot Isiah Brown eight times in Virginia’s Spotsylvania County in April, was indicted with a felony for recklessly handling a firearm by a grand jury on July 15. Turbyfil’s sentence involves a maximum of five years in prison.

Body camera footage of part of the incident was released by the Spotsylvania Police Department in April.

According to another video released by the Spotsylvania County Sheriff’s Office, Turbyfill and other Deputies “responded to a report of domestic disturbance” at 3:19am on April 21. In response to the shooting, Turbyfill was placed on “administrative leave,” which is still in effect.

According to audio of the 911 call between Brown and a dispatcher, Brown told the dispatcher he was going to kill his brother. However, Brown was unarmed at the time he was shot. He was only holding the phone that he used to talk with the 911 dispatcher.

When the police arrived at the scene, an officer is heard shouting “drop the gun!” After shooting Brown, the officer continues to say “drop the gun.”

“The shooting resulted in significant injuries to Mr. Brown,” Brown’s Attorney David Haynes told WRC-TV in a statement. “We are calling for the immediate termination of Deputy David Turbyfill,” the statement continues.

Haynes also told the Washington Post that Brown’s family feels that “a maximum of five years does not seem like enough given this was a totally unjustified shooting.”

The Daily Dot has reached out to the Spotsylvania County Sheriff’s Office and the Fredricksburg Commonwealth Attorney’s Office.