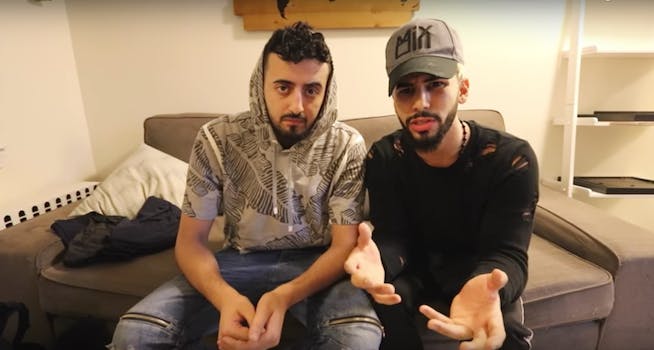 'I feel like this is the boy who cried wolf.'

Adam Saleh and Slim Albaher, the YouTube pranksters who say Delta kicked them off their flight because they were speaking Arabic, have released additional footage of the incident, as well as two separate vlogs on the matter.

In Saleh’s vlog, as well as in an interview with the the New York Times, Saleh and Albaher detailed the events that resulted in the pair being removed from the flight and rebooked to take another plane back home to New York. The Times reported that passengers on the plane corroborated their story.

According to Saleh, the incident started when he spoke to his mom on the phone briefly in Arabic, ended the call, then continued to speak in Arabic with Albaher. After Albaher responded, a woman sitting four rows in front of them asked Albaher directly to speak English and said she was uncomfortable.

When Saleh asked the woman if she had ever heard people talk in a language other than English, a woman from Pakistan sitting next to the YouTubers told the woman she was stereotyping the pair. Then the first’s woman travel companion said, “Chuck them off the fucking plane. Chuck them off the plane,” according to Saleh.

Saleh said the man’s provocation started a chain reaction of other passengers becoming restless. At first, the flight attendant told the other passengers they could get off the plane if they felt uncomfortable with them speaking Arabic, but the crowd allegedly grew angrier and asked for the captain. That’s when the captain asked for Saleh and Albaher to bring their belongings and talk with him and the flight crew outside of the cabin.

At that point, Saleh began filming the scene with his phone, which later went viral on Twitter.

Albaher’s vlog provides footage from the conversation with the captain and crew:

In the video, the captain tells Saleh to calm down and accuses Saleh of bringing attention to himself in order to capture the incident on his camera.

In both vlogs, Saleh and Albaher insist that their story isn’t a hoax, despite Saleh’s reputation as a YouTube prankster and his history of focusing his work on exposing biases against Arabs and Muslims.