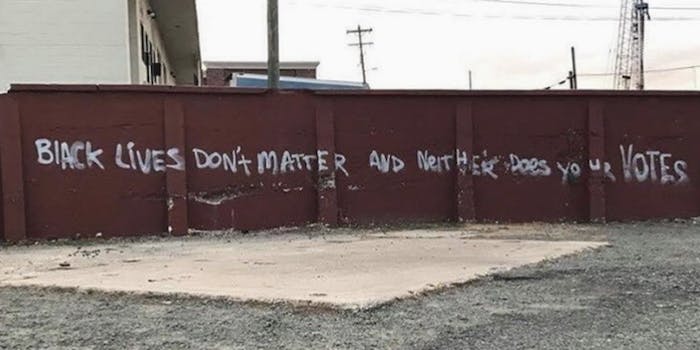 ‘Day 1 in Trump’s America’: A damning look into the country’s soul

Not even 24 hours yet. My friend's sister, who is Muslim, had a knife pulled on her by a Trump supporter while on the bus by UIUC campus.

Someone on the streets of LA just yelled at one of my girl's Latina coworkers to "go back where you came from." #TrumpsAmerica

3 of my muslims friends, whom i've never seen without a hijab before, came to school without them today, because they were afraid.

Outside of the #NYU Muslim Student Association's prayer room. Not even 24 hours after the election. #ElectionNight pic.twitter.com/ySjvPT57cR

this was in Durham, NC pic.twitter.com/EVGTXCMEmT

Day 2 should be interesting.