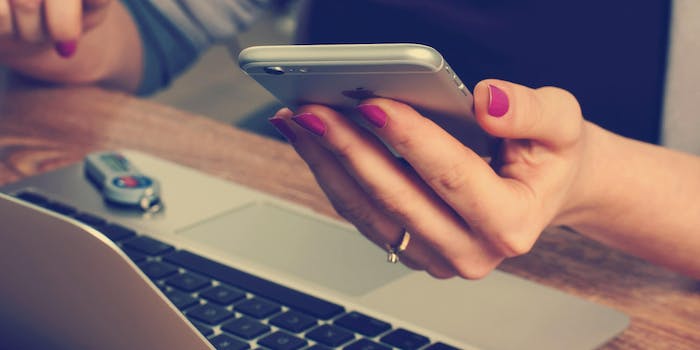 Your dating apps may be telling advertisers more about you than you realize.

According to a Norwegian data report, dating apps including OkCupid, Grindr, and Tinder could be violating privacy laws in several countries. Specifically, apps are potentially in violation of the E.U.’s General Data Protection Regulation, which was introduced in 2018 and changes the way businesses and public organizations can handle user data, and the California Consumer Privacy Act, which mandates that consumers be told if their data is being shared and offers a no-fuss way to opt out.

The New York Times reports that the Norwegian Consumer Council found that Grindr “transmitted user tracking codes,” the app’s name, and user locations to at least a dozen companies—and “tagged” users with their sexual orientation. The report, which was released Tuesday, stated that once these companies had possession of user data, it could then be disseminated to even more.

The answers to personal questions such as “Have you used psychedelic drugs?” on OkCupid were sent to a firm that helps companies customize advertising to user preference. The Times also found that OkCupid’s list of “partners” in advertising and analytics included over 300 different entities that can access user data.

The Norwegian Consumer Council’s digital policy director and report overseer, Finn Myrstad, told the Times that average consumers who have “anywhere between 40 and 80 apps” will have their data shared with “hundreds or perhaps thousands” of entities online.

Engadget reports the Norwegian study also found that Twitter’s MoPub, an advertising intermediary, is also heavily implicated in passing along user data from Grindr to advertisers like AT&T’s AppNexus and Open X.

The study lists over a dozen apps and app subsidiaries which store and trade comprehensive user data detailing preferences and locations. According to a secondary study from the council, “more than 20 consumer and civil society organizations” are urging their local authority to investigate these apps and their data collection strategies.