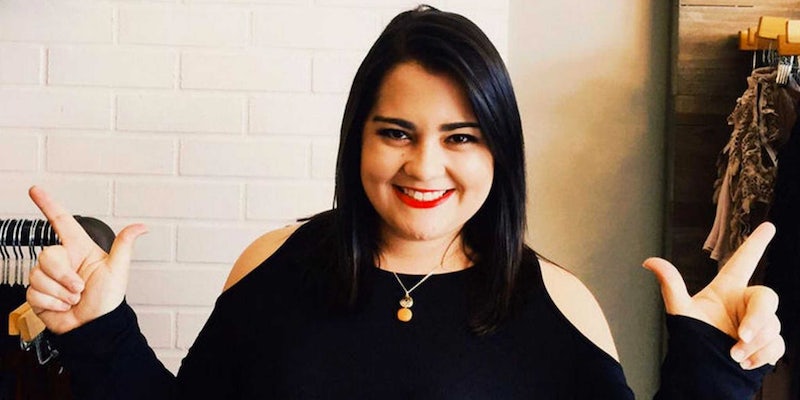 'Don't take it personal, all I ask for is really good representation,' the owner said.

Sherene Zarrabi is a 21-year-old student who worked at a local boutique and felt confident enough to pose for photos to be posted the store’s Instagram. While Zarrabi felt good about her photos, the store owner objected to these pictures—mainly, because she’s not the size of a typical straight-size model.

Zarrabi worked at the Stillwater, Oklahoma, location of Dainty Hooligan, a women’s clothing store with multiple locations in Oklahoma and Texas. The Oklahoma State University senior donned some of the store’’ merchandise to model it for social media and the photos were then shared. But when store owner Jessica Issler saw them, she emailed and texted the store manager to have them taken down. The store manager complied.

Issler’s email was forwarded to Zarrabi, who then shared it on her personal Facebook on Feb. 1 right after quitting. The email from Issler reads:

“Something I want to make sure you keep in mind. I want size small, the stereotypical ‘model’ to model our clothes. Please use our pictures of our models if Stillwater store can’t find someone who would be considered ‘model material.’ This is not to put anyone down but to communicate expectations of presenting our brand.

Don’t take it personal, all I ask for is really good representation. In exchange for the freedom, I ask you to take down all pictures of anyone that doesn’t fit the criteria.” 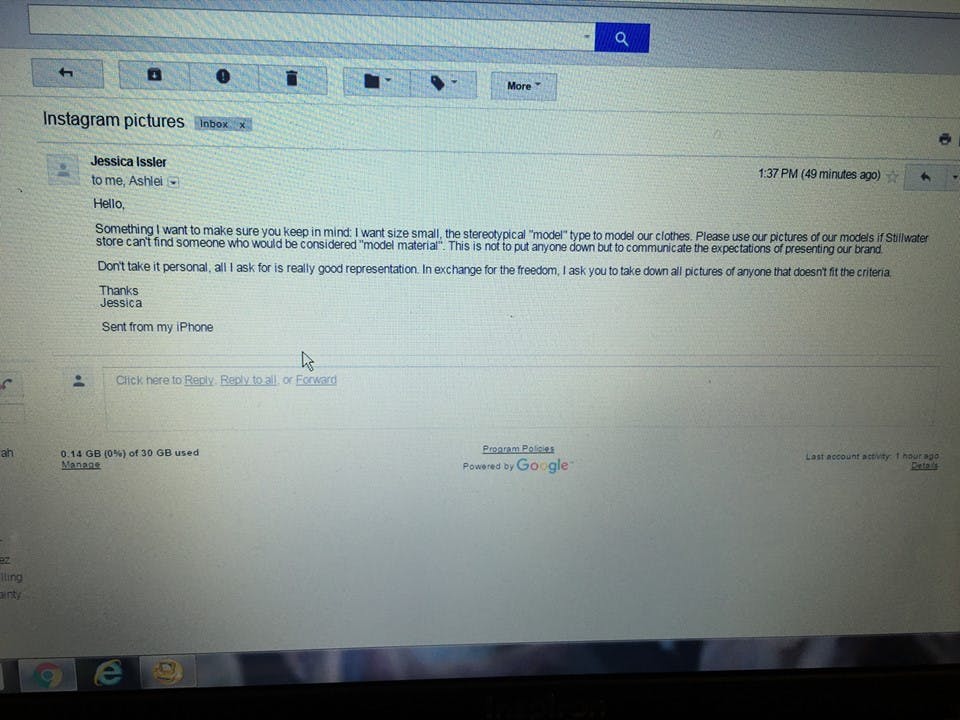 This is an email I was forwarded earlier. I just want to start by saying this: I am fully comfortable with who I am and the way I look. I have recently been attacked and discriminated against by the owner of Dainty Hooligan. She went on our stores Instagram and deleted all of the pictures where I was modeling the clothing and then sent this email to my manager. I do not want to represent or support a business that has such archaic values and beliefs. THIS is the reason young girls have body image issues. This is disgusting. I quit immediately and I suggest that my friends and family do not support Dainty Hooligan. Love yourself, no matter what you look like.

Despite a couple thousand shares of the post, Issler did not initially show remorse for her directive. Late Tuesday, she told O’Colly, the Oklahoma State student paper, “I am accountable for the email that was sent. I never meant to be mean or attacking, but I’m not apologizing for the unsaid fashion rule.”

Issler claims approximately 50 photos were deleted from the company Instagram for various reasons and “only two or three of them” were of Zarrabi. 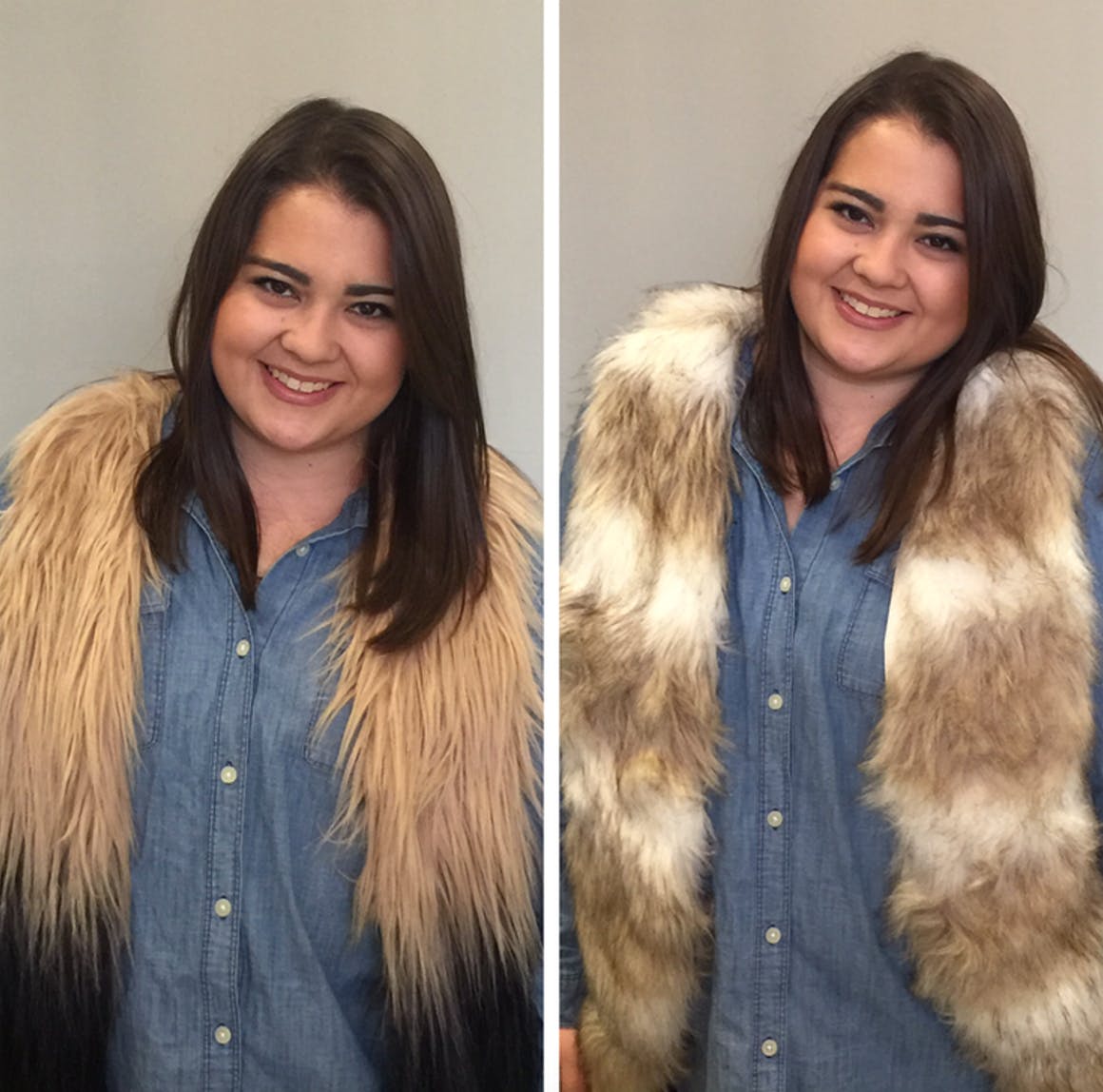 Issler’s comments to O’Colly were critical of her former employee, however. “My No. 1 priority is the safety of my staff, so the evil and lack of positivity is terrifying,” she said. “This girl has now created a hostile work environment because she has a sad body image of herself.” She even went on to tell O’Colly that Zarrabi is not “mentally healthy.”

Zarrabi appears to be taking it in stride. “I don’t want to be associated with a place like that,” Zarrabi told O’Colly. “I have a little sister that’s only 9, and she’s already started developing body issues from mean kids at school. I want her to see me be positive throughout all of this.”

On Wednesday, Issler slightly changed her tune and emailed Zarrabi to apologize. She wrote:

I can definitely see where feelings got hurt and negativity from there festered from something I take full responsibility for. I wish you the best of luck and honestly I don’t have any ill or hard feelings toward you and I want to thank you for a very humbling experience.

The damage might have already been done, however. Many took to Twitter to express their disappointment and disgust with Issler’s comments.

@_DaintyHooligan will definitely not be supporting your store. Oh well I'm not your "model type" anyway. You should be ashamed of yourselves

Not a typical model @_DaintyHooligan why don't you delete her picture and call her fat. Your owner is disgusting! https://t.co/HKs2oIvluz

@_DaintyHooligan you aren't selling couture. it's market R2R. you don't need a Giselle. never shopped with you, never will.

Silver lining: You don’t need models if you don’t have any customers.