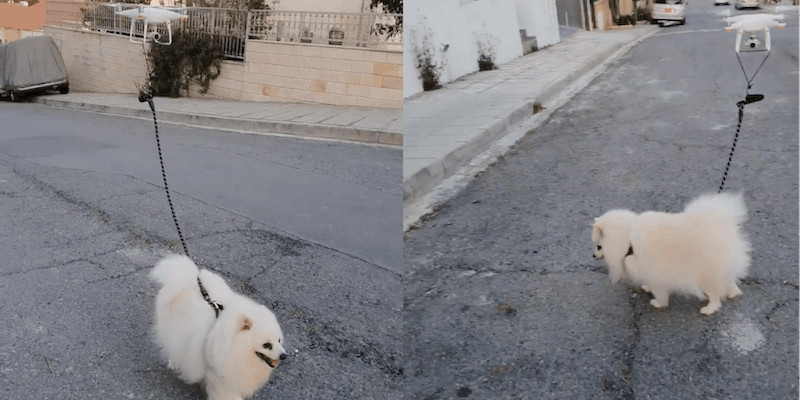 This guy got creative.

At this point, it seems a given fact that we wouldn’t survive this social quarantine without technology. With people having virtual hangouts through Skype or Google and musicians performing live music online, there are no rules anymore on the best (or worst) ways to use technology to get through the feeling of impending doom.

A Cyprus man has been extra creative about ensuring his dog remains happy and healthy during the coronavirus.

A video circulated online of the man’s creative tech idea. The video, only a few seconds long, shows the dog running on an empty road attached by a leash to a drone.

According to his Facebook information, the user Vakis Demetriou lives in Limassol, Cyprus.

At the end of the video, the camera shifts to Demetriou controlling the drone, and a text appears: “Stay home to be safe but don’t forget your dog’s happiness.”

The video has been viewed more than 1 million times since being posted on Wednesday.

Demetriou said in the caption of his video of the drone walking his dog that it was the fifth day of his quarantine. There have been a total of 67 cases of coronavirus in Cyprus, including a doctor and a nurse.