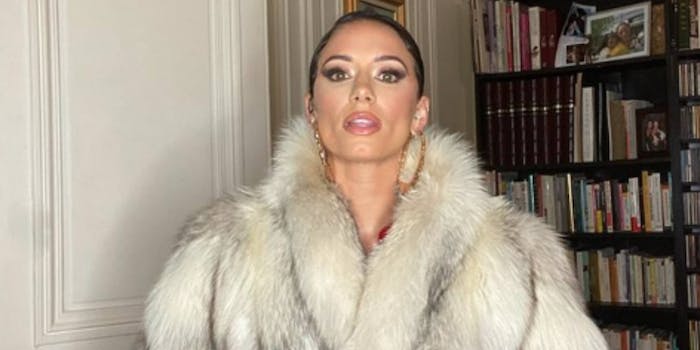 She lied to an official about visiting France after being pulled aside for coughing in the airport.

Instagram-famous YesJulz admitted on Twitter that she lied to an official about visiting France after being pulled aside for coughing amid coronavirus fears.

According to the Daily Mail—in since-deleted tweets—Julz laced into the officials not for thoroughly checking her passport, and then blamed them for contributing to the virus’ spread.

“I’m coughing at the airport and this dude is dead a** petitioning for me to be quarantined,” Julz—whose real name is Julieanna Goddard—tweeted, followed by a string of crying emojis.

“They have now taken me out of customs line and escorted me to a specified health concerns area,” she wrote. “I’m literally going to lose my sh*t.”

The social media guru then lied about what countries she had visited recently. She says on Twitter she told officials she hadn’t been to France.

She then tweeted: “If this lady woulda flipped one page in my passport she would’ve seen I just got back from Paris. No wonder why this sh*t is spreading.”

Some of the tweets in question have since been deleted from her account.

Confirmed cases of COVID-19 globally hit 101,800 on Friday with 3,460 deaths in total. While the number of confirmed cases in the U.S. is around 300, a recent report from the Atlantic claimed that only 1,895 people have been tested for the disease in the entire country.

According to Daily Mail, France has had over 200 cases, with several deaths. French officials have also closed Louvre due to the outbreak.