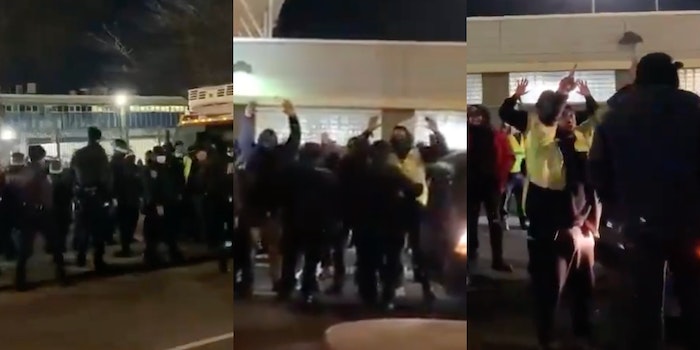 'There's a difference between a worker's union and grifter union.'

A “dystopian” viral video shows the New York Police Department arresting picketers on Monday as they were striking for better wages for produce market workers.