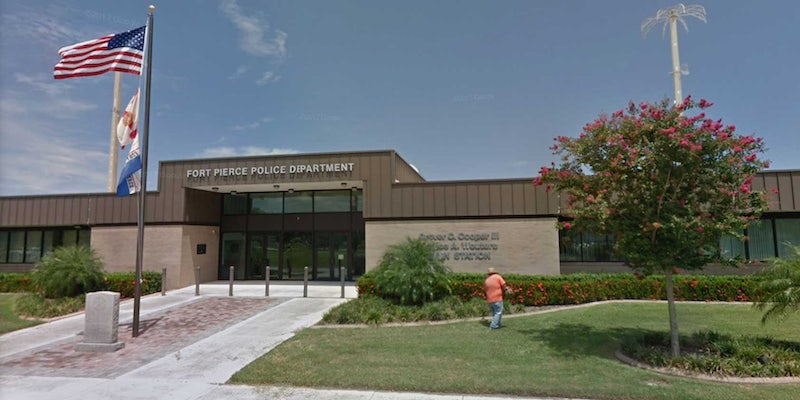 He was busted for 8 other violations, too.

An officer in Florida has been suspended for 20 days after an investigation showed he violated numerous rules, notably allowing a couple to make out in the back seat of his car while on duty.

Officer Doug McNeal of the Fort Pierce Police Department was transporting the couple in July after arresting them for shoplifting from a local Walmart. His body cam footage first shows he was looking for a woman who was reported to be wounded at the store. When he finds her, she won’t accept his help. However, minutes later, he responds to a call about a theft at the Walmart, reportedly involving the same woman and a man on crutches, according to WPTV. However, McNeal doesn’t turn on his body camera that time and instead reportedly watches them from surveillance.

It isn’t until an hour and a half later that McNeal, who recovered “stolen jewelry and baby toy” from the two, reportedly turns the camera back on. Footage published by WPTV shows he allowed them to smoke in the backseat of the police car. He also let them make out, with their activities clearly visible to the camera.

“We didn’t think we’re allowed to smoke in here,” the woman is heard saying from the backseat.

“I think they’re making babies back there,” another officer is heard saying in the video.

The couple has since been identified as Zachery Moellendick and Christa Leigh, according to an investigation report released Friday.

McNeal reportedly violated at least nine policies, including allowing Moellendick and Leigh to use tobacco products, not keeping handcuffs on when they were being transported to a medical facility, and neglect of duty, among others.