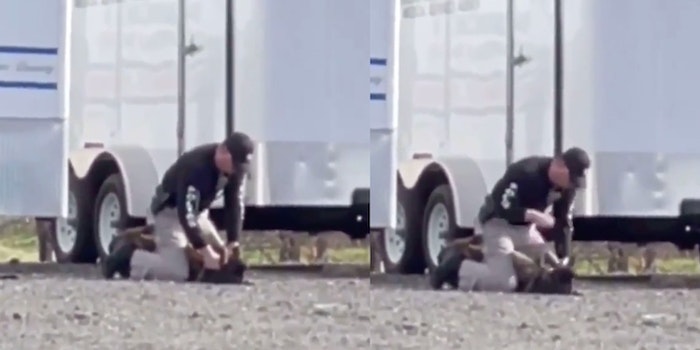 Video: Cop holds police dog down, punches it in face

The person who took the video said he could hear the dog crying.