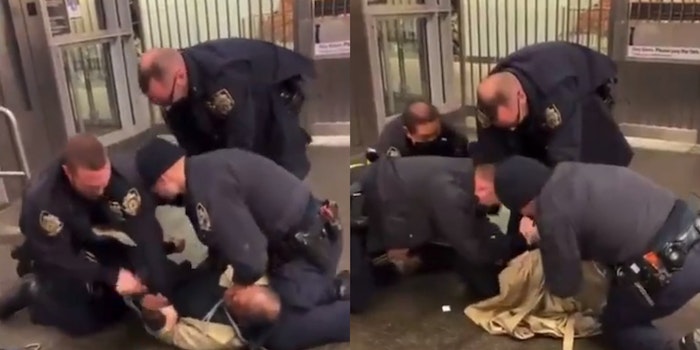 The officer punches the man at least eight times.

A viral video shows a New York Police Department officer repeatedly punching a man in the face as three other officers pin him to the ground inside a subway station.