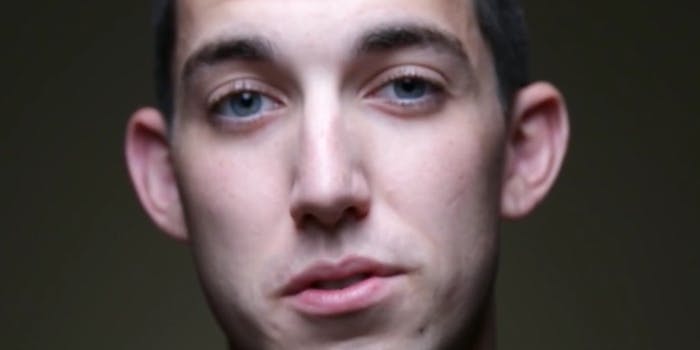 Because I Said I Would aims to better humanity through the "power of promise."

Because I Said I Would is a relatively new Ohio-based nonprofit, with a mission to bring promise-keepers together through social media. According to the site, it’s a “social movement dedicated to bettering humanity through the power of a promise,” and aims to “encourage positive change and acts of kindness” via promise cards.

The site’s founder, Alex Sheen, started the site after the death of his father in late 2012, to keep his dad’s habit of promise-keeping alive. 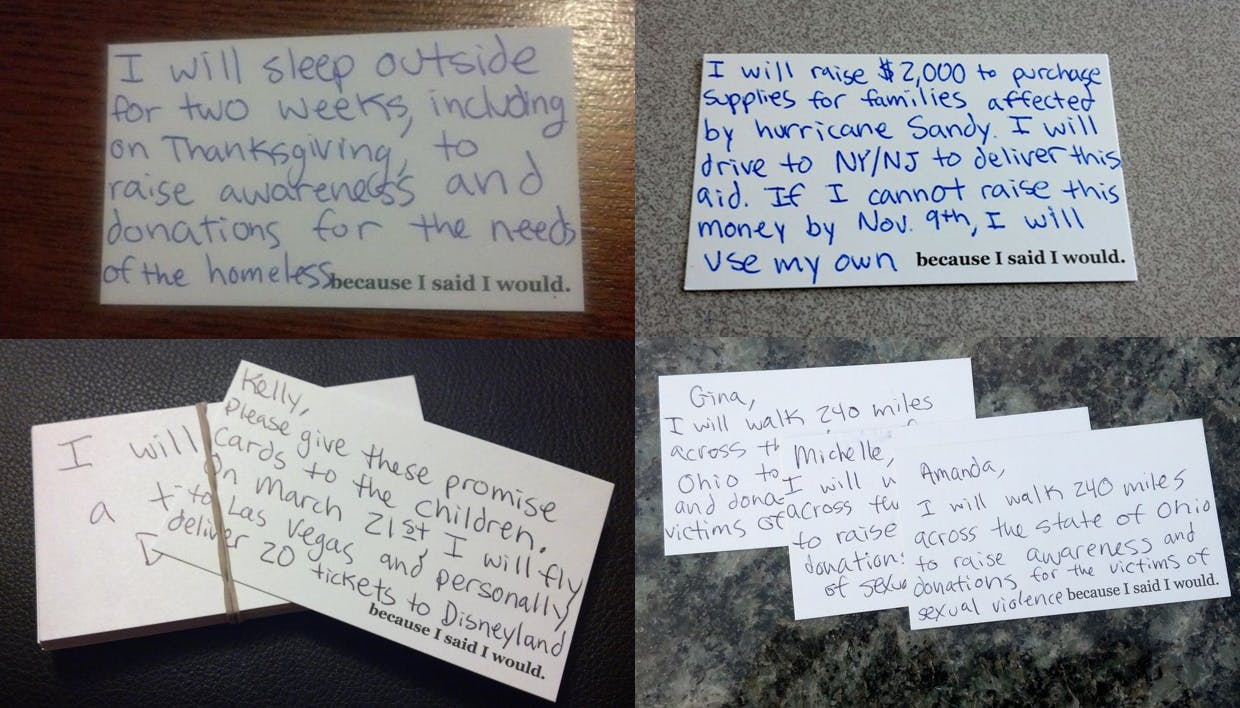 Recently, they posted a confession video, after a man named Matthew Cordle contacted them on Facebook asking for assistance. In three and a half minutes, he reveals some pretty chilling details about a hit-and-run accident he was responsible for on June 22, which ended a man named Vincent Canzani’s life.

The confessional tone is a bit different than a site like PostSecret, which came under fire last weekend for posting an alleged murder confession, then encouraging social media to attempt to sort it out. Social media has increasingly become a confessional vessel, and not always for the right reasons. Sheen says he posted the video so we could put ourselves in Cordle’s shoes:

Against all legal advice, Matthew decided to make this video and release it prior to any charges being filed against him. His goal is to raise awareness about the terrible consequences that drunk driving can have on innocent people.

In the comment section, Sheen adds that the video’s received positive response, and the goal of posting was to get others to promise never to drink and drive, but he cautions that Cordle should not been seen as a “hero” for confessing.

UPDATE: Cordle has been indicted by an Ohio grand jury on a charge of aggravated vehicular homicide. From the Columbus Dispatch:

Cordle, 22, was indicted by a Franklin County grand jury for causing the death of Vincent Canzani, 61, of Gahanna, in the wrong-way crash on I-670 near 3rd Street on June 22.

Aggravated vehicular homicide is a second-degree felony carrying two to eight years in prison. He is scheduled to be arraigned this afternoon before Franklin County Common Pleas Court Judge Julie Lynch.

Prosecutor Ron O’Brien said today that Cordle’s blood-alcohol content was measured at 0.19 percent following the crash, more than twice the 0.08 level at which a motorist is presumed drunk in Ohio.

Cordle also was indicted on a charge of operating a motor vehicle while intoxicated.

Screengrab via Because I Said I Would/YouTube