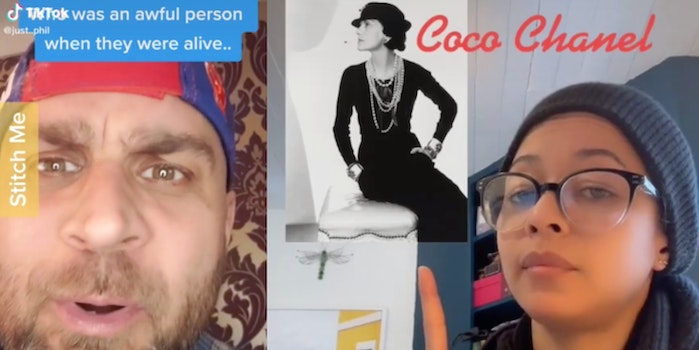 'She was an actual Nazi, like a hired hand of the Nazi Party, yet she’s still evangelized and admired.'

A TikToker, with more than 27,000 followers, went viral for claiming that famous designer Gabrielle “Coco” Chanel was a Nazi spy with a “code name and everything.”