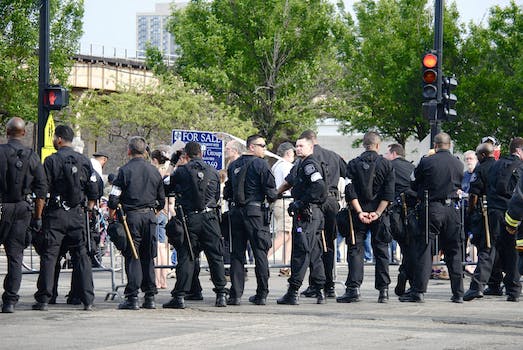 Russian trolls tried to ask a favor from the page's founder.

The Facebook page was created to defend Chicago police after the fatal shooting of Black teenager Laquan McDonald in 2014. Officer Jason Van Dyke was found guilty of second-degree murder last month, the first murder conviction for an on-duty Chicago officer in more than 50 years.

The page has more than 53,000 followers, many of whom are active or former members of the Chicago Police Department. According to BuzzFeed News, comments in the group call officers to abuse suspects and include racial slurs. One officer reportedly shared a post captioned “shoot the rhino” in response to a Philadelphia woman being beaten by an officer (the officer told BuzzFeed News her account was hacked).

Another post about a teenager who was shot and killed last year by Chicago police reportedly included the comment “Every Thug Deserves a Slug.” According to BuzzFeed News, many other posts on the page appear to violate the Chicago Police Department’s policies prohibiting discriminatory or offensive content on social media.

The Facebook page is also connected to the investigation by special counsel Robert Mueller, who alleged that Russian interference targeted the unknowing group’s founder, 41-year-old Gary Snow. According to an indictment that was unsealed during earlier this year, Russian trolls tried and failed to get Snow to transport a truck that would have been used for a caged Hillary Clinton stand-in at a 2016 Trump rally.

Snow, an avid supporter of President Donald Trump, was also involved in a protest that escalated to violence last year in Jacksonville, Florida. Despite moving out of Chicago, Snow is still involved with Chicago Code Blue, according to BuzzFeed.