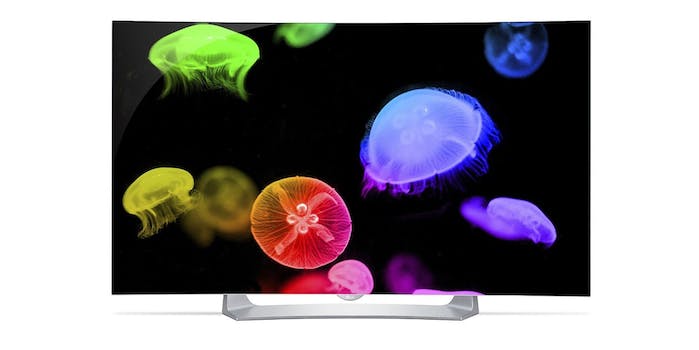 If you want the latest and greatest TV technology, now is the time.

If you’ve been eyeing an OLED TV but grumbling at the price tag, we feel your pain. But Amazon’s rolling out the Black Friday deals already, and today is your chance to snag one for as low as they get.

This LG 55-inch curved model typically retails between $1397 – $2499, but is currently down to just $999.99 on Amazon, today only. CNET reviewed it favorably when it was released last year, saying its only downfall was the price tag – and at that time it was already the most affordable OLED on the market.

While the TV is not 4K, CNET says that the difference between OLED and 4K resolution is not major enough to ding its quality. And considering the screen itself measures at less than a quarter of an inch, this baby is one sleek and sexy addition to any living room setup.

Grab it now to save nearly $500, and make someone’s Christmas the most exciting ever. Especially if that someone is you.

Want to save money this holiday season? Follow @DailyDotBazaar and find some sweet deals!