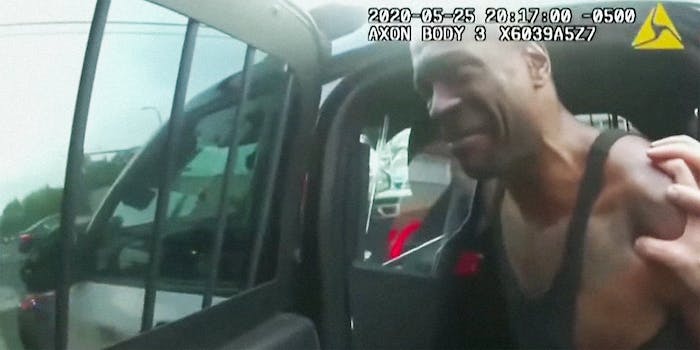 Bodycam footage presented at Chauvin’s trial, which was released by the BBC, shows the officer pushing Floyd as he asks to be released.

“I’m not that kinda guy,” Floyd says. Chauvin holds him by one hand and pushes his other hand against the police car.

Another part of the clip appears to show Floyd being pushed into the car as he repeats, “I’m not a bad guy.”

“Get in the car!” an officer says.

The trial reached its fourth day on Thursday and has so far included testimonies of witnesses including an EMT, a 17-year-old girl, and a 61-year-old bystander. All expressed frustration and, at times, guilt of not being able to do more to help Floyd.

“It’s been nights, I stayed up apologizing and apologized to George Floyd for not doing more, and not physically interacting, and not saving his life,” Darnella Frazier, the teen who recorded the video of Floyd’s death that went viral and inspired millions to protest, said at the trial on Tuesday.

Chauvin, who has since been fired from his position at the Minneapolos Police Department, pled not-guilty and says “the force used was reasonable,” according to the BBC.