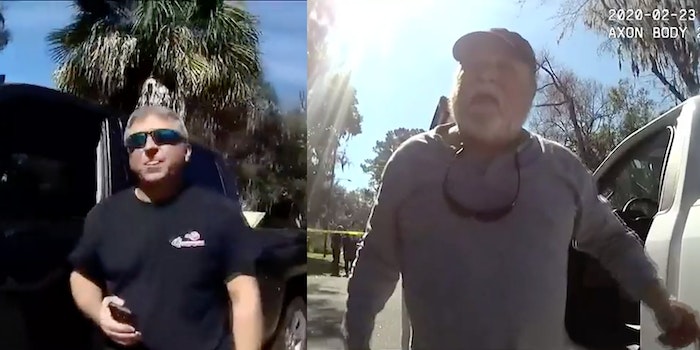 Newly released body camera footage shows Greg McMichael telling police he and his son shot 25-year-old Ahmaud Arbery and bragging about where they acquired their gun moments after the shooting.