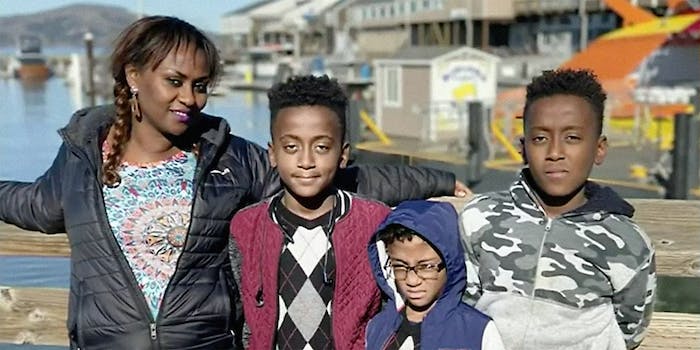 'I was begging them on the floor, pleading to see if they can give me some time.'

A 12-year-old Colorado boy is reportedly brain dead after attempting the “Blackout Challenge,” which dares people to choke themselves to loss of consciousness via an oxygen-reducing action.

The “challenge,” which has been around in some capacity for decades, is also called the “Game of Choking,” “Speed Dreaming,” “Pass-out Challenge,” or “Fainting Game.”

According to WAGM TV/KCNC, Joshua Haileyesus was found unconscious in the bathroom on March 22 by his twin brother. The family believes the boy had attempted the inherently dangerous challenge and had choked himself with a shoelace.

A GoFundMe has been set up for the expenses stemming from the boy’s current medical situation.

Denver ABC 7 reported that the parents said the 12-year-old had “used social media frequently, and his parents say it has helped him learn and gain connections to new passions like cooking, guitar, and acting.”

The so-called “Blackout Challenge” led to at least two other deaths, including a 9-year-old Trinidad boy and a 10-year-old in Palermo, Italy.