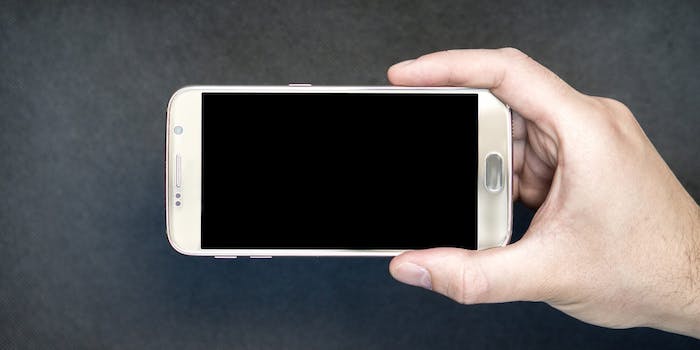 This deadly TikTok challenge has teens passing out for likes

The latest iteration of the “choking game” is making its presence known on TikTok, and doctors are warning people not to take part in the “challenge.”

Currently, the fatal trend is making its rounds under the “pass out challenge” moniker. Children and teens are filming themselves using temporary asphyxia to get high, a practice that Time reports dates back as far as the 1930s. The method of using temporary asphyxia to experience a sensation of euphoria has had many names in its time: “space monkey,” “flatliner,” “choking game,” and most recently, “pass out challenge.”

The Mirror reports that Irish doctor Nick Flynn previously warned teens against participating in the challenge when it made the rounds in 2014, on Snapchat.

Videos that contain the tag “#passoutchallenge” have over 233,000 views on TikTok. When this “challenge” has previously infiltrated a media platform such as YouTube or Snapchat, videos showing children and teens using belts and ropes to strangle themselves have numbered in the multimillions, according to Time.

However, many TikToks don’t show these tools being used in this way. Rather, young adults and children can be seen swinging their heads and stopping in a manner meant to induce vertigo and lightheadedness, producing a similar result to the temporary asphyxia associated with previous iterations of the choking game.

Despite the new method being used to chase the “pass-out-challenge” high, there are still safety concerns according to the Mirror. The latest version of the “pass out challenge” simulates suffocation, denying the brain vital oxygen. Repeated attempts can result in brain damage if an individual’s oxygen supply is stifled for three minutes.

The CDC reported in 2010 that the mean age of individuals who participate in the “choking game” is 13.7. As the CDC no longer tracks data about deaths and injuries related to “the choking game,” it’s impossible to know how recent proliferation of online media and viral challenges have contributed to the growth of the “game.” However, Time reports that CDC data shows more than 1,400 young adults and children died from accidentally hanging themselves from 2000 to 2015.