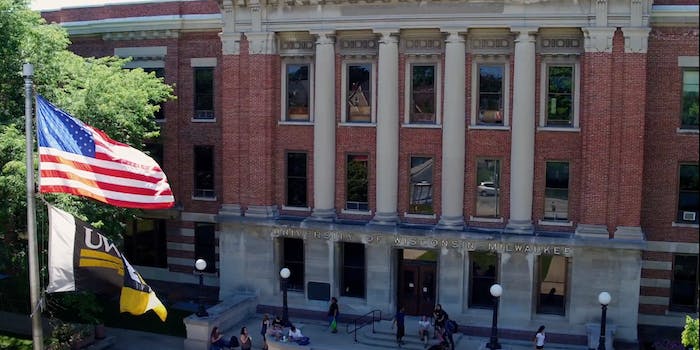 The student has reportedly withdrawn from in-person classes.

A group of Black students at the University of Wisconsin-Milwaukee are calling for the expulsion of a fellow student who was caught on video saying the N-word repeatedly and using anti-gay slurs. Officials at the university have reportedly investigated the video.

According to CBS58, the video was sent to the president of the school’s Black Student Union via Snapchat. He later reposted it to his Facebook page.

The Black Student Union demanded that the student be expelled.

Shortly after the video went public, the university’s Chancellor Mark Mone released a statement saying that the comments and behaviors displayed by the student were “deeply offensive” and “hurtful.”

“I hear the hurt, outrage and concerns experienced by students, employees and from community members, and we are responding swiftly,” he wrote.

Meanwhile, UWM Dean of Students Adam Jussel told local media that he could not discuss specifics of the investigation. However, the outlet noted, the student code of conduct can escalate all the way to expulsion.

“Obviously this particular situation is abhorrent behavior and it is severe,” Jussel said to WISN. “But I wouldn’t be able to speak to the specifics of what the potential outcome [might] be.”

The school’s Black Student Union posted a statement from Jussel to the UW-Milwaukee community on Friday stating the school could not discipline the student because the video was filmed before they enrolled in classes at the university. According to the statement, the school’s code of conduct only applies to incidents that occur when a student is already registered for study.

The student has reportedly left on-campus housing and withdrew from in-person classes.