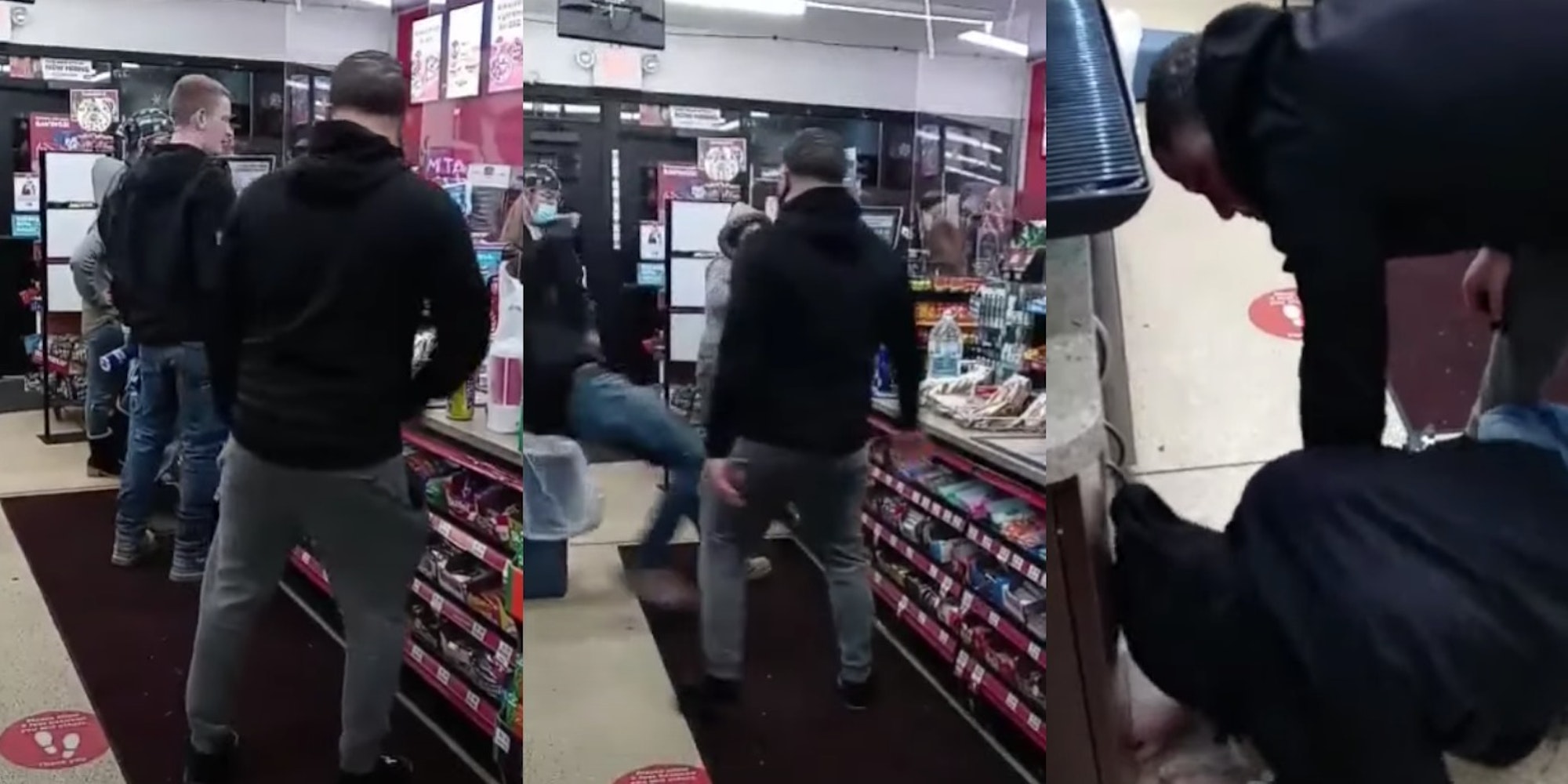 Video: Black man in Ohio pulverizes white man with a Twisted Tea can for calling him the N-word

'I'm not trying to disrespect you.'

In a video trending on Reddit, a Black man in Ohio pulverized a belligerent white man while holding a Twisted Tea can for calling him a racist slur.