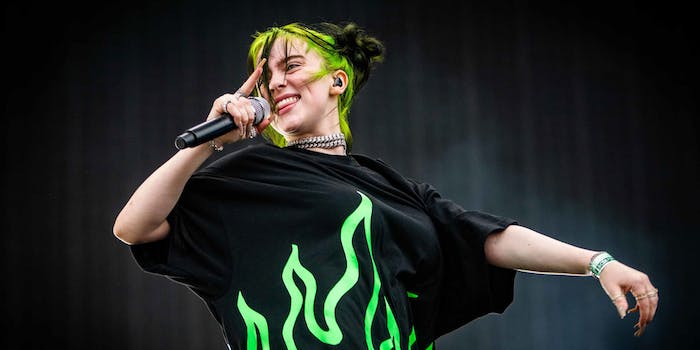 Eilish's dad communicated with the fan via doorbell.

Singer Billie Eilish has filed a restraining order against an obsessed fan, according to court documents acquired by TMZ. Eilish claimed the fan showed up at her house and was not practicing social distancing or wearing a face mask.

Eilish worked with McPherson LLP, an entertainment litigation firm in Los Angeles, to file legal documents. In them, the “Bad Guy” singer said that the alleged stalker, Prenell Rousseau, repeatedly showed up at her house and rang the doorbell on May 4.

Her father answered through the doorbell camera how he could help Rousseau, to which he responded, “I think I might have the wrong house, but does Billie Eilish live here?”

Although her father told the trespasser that Eilish didn’t live there, Rousseau continued to show up. That same night, he came back at around 9pm and refused to leave. In the court documents, Eilish claimed he was exhibiting “erratic behavior.”

Eilish said Rousseau “remained on our porch, sat down and began to read a book, while also continuing to engage in a periodic monologue,” she said. “My father repeatedly asked him to leave, but he refused …”

After security asked him to leave, he reappeared seven more times and only wore a mask twice. The times he did wear a mask, he moved it to speak with Eilish’s security personnel. He also touched the doorbell and doorknob multiple times with bare hands.

Rousseau was later arrested twice for trespassing. But authorities told Eilish that nonviolent offenders are not being kept in jail due to the COVID-19 pandemic.

According to TMZ, Eilish was granted a temporary restraining order against Rousseau mandating that he stay at least 200 yards away from the singer and her family. A hearing is scheduled for June 1.