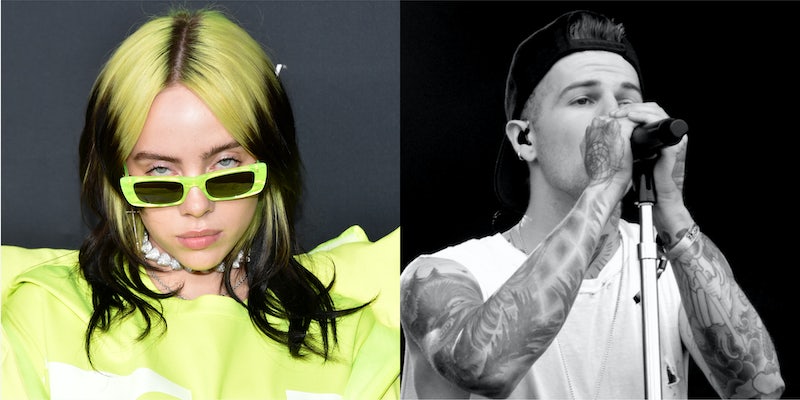 'Every adult in Billie Eilish’s life has failed her.'

As reported by Pop Crave on Sunday 30, Eilish, 20, and her boyfriend, Rutherford of rock band the Neighborhood, dressed up as a baby and an old man for Halloween. In photos, Eilish is seen wearing a bonnet and fuzzy slippers and Rutherford has a bald cap on.

The costume has received a multitude of reactions via Twitter, with many presuming that the costume is poking fun at the couple’s age gap—and that their joke isn’t very funny.

“Billie Eilish and her creep boyfriend dressing as a baby and an old man for Halloween isn’t doing what they think it’s doing,” @_indigo_pink tweeted.

Others took the conversation around the couple’s costume to express their disdain for the relationship.

“Every adult in Billie Eilish’s life has failed her,” @bribrisimps tweeted. “Because why do you continue to let her get intimate with men 10+ years older than her.”

“Billie Eilish should be single for halloween,” @4ngelpie tweeted.

Eilish rose to prominence at 13 when she released her first single, “Ocean Eyes,” in 2015. Eilish is rumored to have dated Matthew Taylor Vorce, who is 10 years her senior, last year.