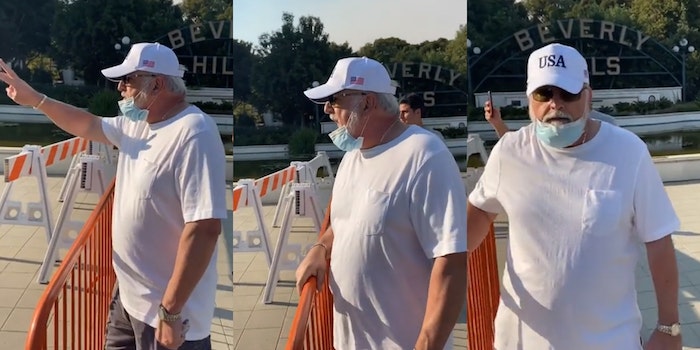 'Three tours in Vietnam, I'll kill you where you stand.'

A video making the rounds on Reddit shows yet another racist, pro-Trump, male “Karen” spouting the N-word at counter-protesters during a Trump rally.