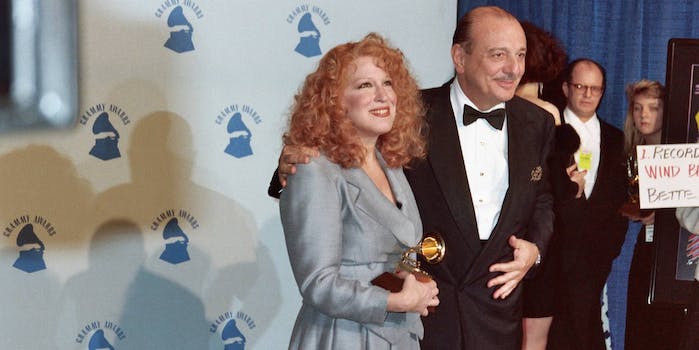 Earlier this week, E! announced the cancellation of the reality docuseries I Am Cait. The show, which follows former Olympian Caitlyn Jenner through her transition, ran for two seasons. An outpouring of support emerged as Jenner thanked the network and friends.

After 2 amazing seasons of @IAmCait, it's time for the next adventure. Thank you E! & thank you to the best girlfriends I could ask for!

One celebrity took the moment as a chance to make a transphobic joke, however. On Saturday, legendary actress Bette Midler took to Twitter to voice her fan theories about the future of Jenner as it relates to Keeping Up With the Kardashians.

The tweet read: “Now that @IAmCait has been cancelled, will she go back to being Bruce? Will Kris take him back? Do I smell a re-wedding?!”

Though she promptly deleted the tweet, her comments did not go unnoticed. And, needless to say, many in the LGBT community weren’t happy.

Yes, because being transgender is just a phase? What a vile tweet. Will you go back to being irrelevant?

Midler issued an apology on Sunday. It’s worth noting her mention of the Human Rights Campaign, an LGBT and civil rights organization that the gay icon has supported for years.

DEAR FRIENDS @HRC, WHOM I HAVE ALWAYS SUPPORTED. SORRY LAST TWEET OFFENDED. AN IDLE MUSING. I SEEM TO HAVE MISREAD THE TEMPER OF THE TIMES.

Both HRC and Jenner have yet to comment about the gaffe.