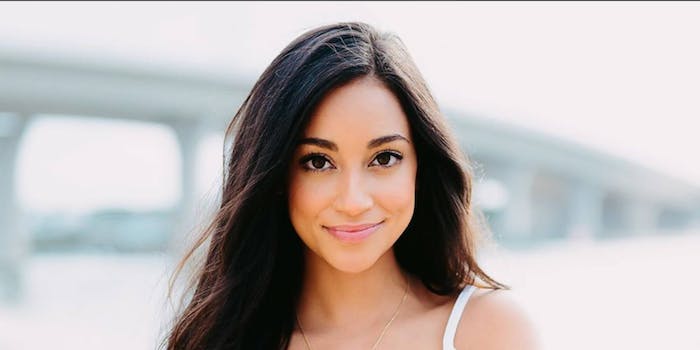 She says she did it to 'support fish.'

Bachelor contestant Victoria Fuller has come under fire recently after it was revealed that she participated in a “White Lives Matter” photo shoot.

But here’s the catch—she says she did it to “support fish.”

“I would like to sincerely apologize for my involvement with We Love Marlins,” Fuller wrote in her Notes app and posted to her Instagram story. “My intention was only to support an endangered species. I want to say that I unequivocally reject the beliefs of the white lives matter movement or any propaganda that supports racism of any kind. I would like to specifically apologize to people of color that are affected by racism daily.”

TMZ reports that Fuller’s participation in the “White Lives Matter” campaign–which was intended (in poor taste, according to Fuller’s apology) to be a pun based off of the Black Lives Matter movement–was meant to raise awareness of the vulnerability of the white marlin.

However, TMZ also reports that her part in the campaign was common knowledge and apparently not a subject of interest until Cosmopolitan “ripped” into the story. It hasn’t come up on Bachelor quite yet.

Online, Fuller’s history with the campaign has sparked considerable ire, both because of the campaign’s name and the factual error of its basis.

“I can’t wait for Victoria F’s racist, mean girl ass to get kicked off of the bachelor tomorrow,” Twitter user @ashweepls wrote.