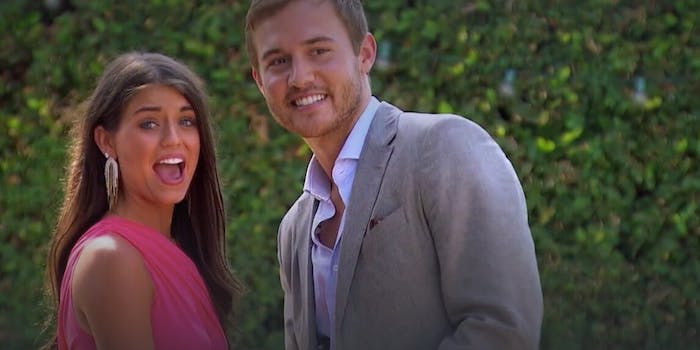 'What a nightmare combination of cringe.'

BuzzFeed News reports that Instagram account @BachSleuthers first noticed Prewett had commented on her own photo. The photo was of Prewett and Bachelor star Peter Weber on their first date, which aired on the show Monday.

“Beautiful date Madi. You are so genuine and so real,” the comment from Prewett read.

Bachsleuthers took a screenshot of Prewett commenting on her own photo and shared it on an Instagram Story.

“We, too, believe we are genuine and real. Happy to provide tutorials on toggling between your personal and fan accounts,” Bachsleuthers wrote.

The screenshot made its way to the Bachelor subreddit, where Prewett was further roasted by fans.

“Omfg commenting without switching to a fan account of yourself is embarrassing enough, but commenting that you’re so genuine and real is SENDING ME what a nightmare combination of cringe,” one fan wrote, per BuzzFeed News.

“When you forget to switch to your fake fan account you made for yourself to comment on your own photo & you make a very embarrassing oopsie,” Twitter user @kristayyyyy wrote.

One of Prewett’s friends has since taken credit for the mishap. In a screenshot obtained by BuzzFeed News, a user who claimed to be a friend of Prewett said, “I thought I wrote that comment about being real & genuine from my account but was logged into Madi’s from when she got back from filming. Don’t hate me.”