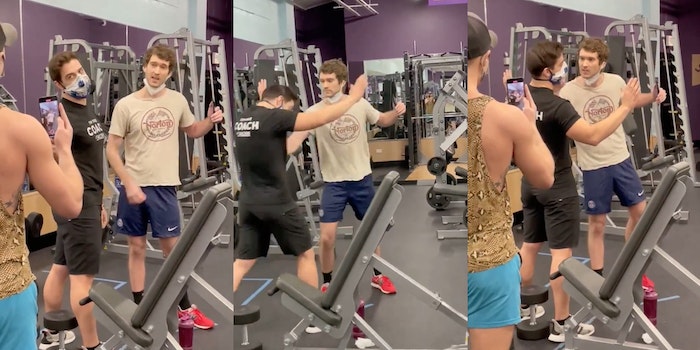 Anti-masker claims to be a lawyer, threatens to sue gym employee—he got arrested

In the video, Austin Tony Myers verbally abuses the employee and shoves him in the face.

A man was filmed verbally and physically assaulting a gym employee in Chicago after a dispute over the business’ face mask policy.