You've been caught. Now what?

So you’ve been caught.

You signed up for AshleyMadison.com, the site has been hacked, and your name, along with millions of others, appears on a list of suspected unfaithfuls. What do you do? 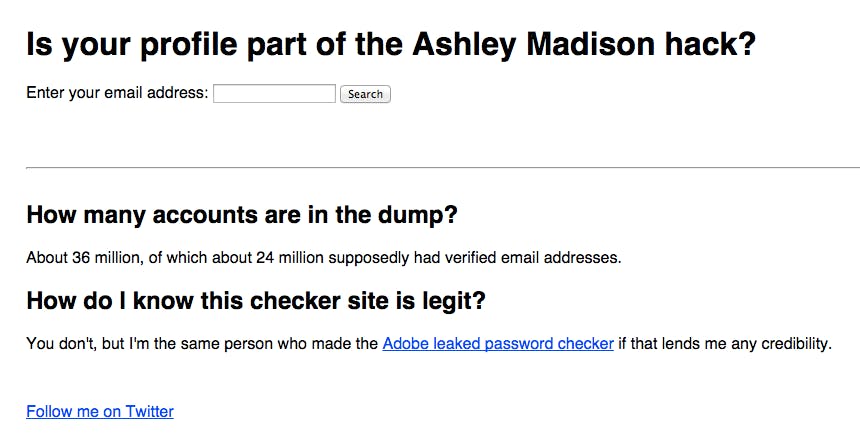 On Tuesday, the hack went from very real possibility to devastating reality when a database of approximately 24 million email addresses appeared at ashley.cynic.al. In the span of a few keypresses, a person’s life could change forever, and people who know their info will appear need to be prepared for the conversations to come. How do you proceed?

“You’re kind of caught, so lying isn’t going to help you, because your name is out there,” Sherry Amatenstein, LCSW, a New York City couples therapist and author, told the Daily Dot by phone.

”You need to be honest,” she said. “You need to say ‘Yeah, I was doing this and I’m sorry and it means that there are things we need to work on in our relationship, and I should’ve come to you first.”

Jennifer Aull, a licensed marriage and family therapist with North Brooklyn Marriage and Family Therapy, told the Daily Dot that she would attack the situation head-on. “Start the conversation,” she said. “Don’t wait for them to find the information.”

Just because a person’s information appears on the list doesn’t mean they’ve actually cheated on their significant other. BuzzFeed writer Ellen Cushing found her ex’s email in the data dump and confronted him about it. He claims that he may have “cruised some profiles” but never actually acted on anything.

Regardless of how a person used Ashley Madison, it’s fair to assume that they considered infidelity. And that, in and of itself, is probably worth a conversation.

Listen: You made a mistake, as humans so often do. But now is not the time to point out your partner’s flaws in comparison to your own. Even acting preemptively on this one isn’t going to get you off the hook, so it’s time to slap on your humble hat.

“Try to be open about what you’ve done wrong,” Aull said. “The problem is that a lot of times when there’s cheating, a person feels like there are reasons they’re looking outside marriage.”

This isn’t the time, she said, to throw those reasons in the other person’s face. Rather, it’s a time for both to reflect on what’s really going on in the relationship.

Amatenstein said it was important to keep in mind that, at the core, you’ve committed an act of betrayal. “Emotional betrayal can be worse for some people than physical betrayal,” she said.

Use it as a chance to suck less and make changes

Amatenstein said that admissions of infidelity are often an opportunity for couples to honestly examine the state of their marriage. “It’s either an opportunity to say, ‘Let’s look at our marriage and relationship,’ or [a chance to] realize that maybe things aren’t really working…maybe monogamy isn’t working.”

Some people who appear in the database might have arrangements with their partners in which they’re allowed to have extramarital relations. But in most cases, spouses will be at least somewhat blindsided by the revelation. That’s why there’s no time like the present to discuss whether monogamy is ideal for your marriage.

“Basically, two people have to agree together what works for them,” Amatenstein said. “It doesn’t work unless both people want it.”

“I would certainly say you might want to work with [a] third party since it’s such a sensitive and triggering topic,” Aull said of broaching the subject of nonmonogamy. She recommended being very specific about what is and what is not allowed in the arrangement, which establishes safety and trust.

“I don’t know if there’s a way to defend yourself,” Aull said. “Marriage, no matter how you look at it, is based in trust. Monogamous or nonmonogamous, trust is hard to repair if there is a betrayal.”

That being said, she still said that the conversation is necessary if there’s to be any chance of salvaging a relationship.

When in doubt, Amatenstein said, keep your extramarital affairs offline. With data tracking and hacks, she says, there’s “a whole new reality to deal with.”