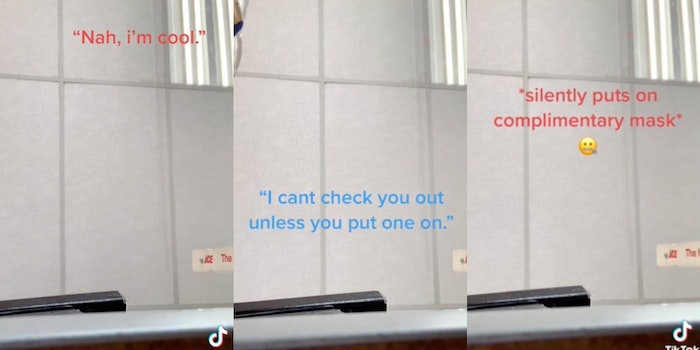 Video shows customer refusing to put on mask during checkout, only to cave seconds later

'It's so embarrassing how they have to make this so difficult for no reason.'

A TikTok video trending on Reddit shows an anti-masker caving in and putting on a complimentary face mask after being denied service at a hardware store.