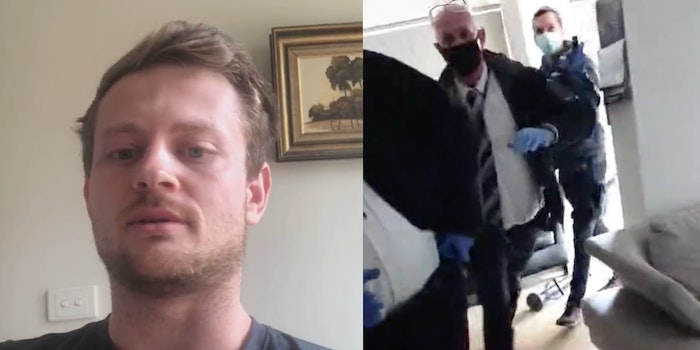 Anti-lockdown conspiracy theorist live-streams his own arrest on Facebook

'You are illegally trespassing and you will be charged.'

Australian conspiracy theorist James Bartolo, who was accused of inciting protests against Melbourne’s strict lockdown rules, was arrested on Friday. He recorded the saga live on his Facebook account.