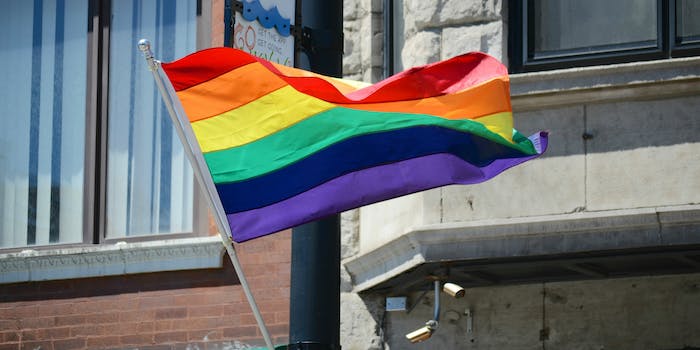 Anti-LGBTQ murders rose by over 80 percent in 2017

Transgender women of color were targeted the most.

A new report from the National Coalition of Anti-Violence Programs (NCAVP) reveals that homicides targeting LGBTQ Americans nearly doubled in 2017.

The NCAVP originally decided to release a mid-year “Crisis of Hate” report after recording “the highest number of anti-LGBTQ homicides in our 20-year history” in August 2017. But by the end of the year, it only continued to increase—52 homicides targeting queer Americans were reported, up from 28 in 2016 and 24 in 2015.

According to the NCAVP’s findings, 2017’s murders account for an 86 percent increase since 2016, with around one homicide per week in the U.S. According to the report, most victims were transgender women and queer, bi, or gay cisgender men. The NCAVP also found “consistent and steadily rising” homicide reports targeting transgender women of color, which “continued into 2017” according to the coalition. The study looked specifically at single incident homicide reports, so the final results do not account for the Pulse Nightclub shooting that killed 49 and wounded 58 in June 2016.

Within 2017’s reports, 27 reports detailed transgender and gender non-conforming people’s deaths, and 22 of 2017’s 52 homicides targeted transgender women of color. In total, 71 percent of all victims were people of color, and 67 percent were 35 and under. 45 percent of all queer cisgender men’s deaths were related to “hook-up violence,” where queer men are targeted through dating apps. Guns were used in 59 percent of all reported homicides, and three victims in the report were shot by police.

Among states, New York and Texas reported the most anti-LGBTQ murders, followed by Georgia, Louisiana, and Florida.

Beverly Tillery, the executive director for the NCAVP, believes President Donald Trump’s election is somewhat related to the increase in reported homicides.

“Trump won the election by saying it was time to take back America for people feeling pushed out by LGBTQ people, immigrants and people of color,” Tillery explained to HuffPost. “It was a tactical move to attack those communities. It worked, and there are more instance of violence because the climate in the country has changed.”

Amid Trump’s presidential campaign in 2016, hate crimes also reportedly rose by 20 percent, with Muslim and LGBTQ Americans largely targeted. Based on the NCAVP’s statistics for 2017, it seems like violence against queer people may only continue to grow in the year ahead.