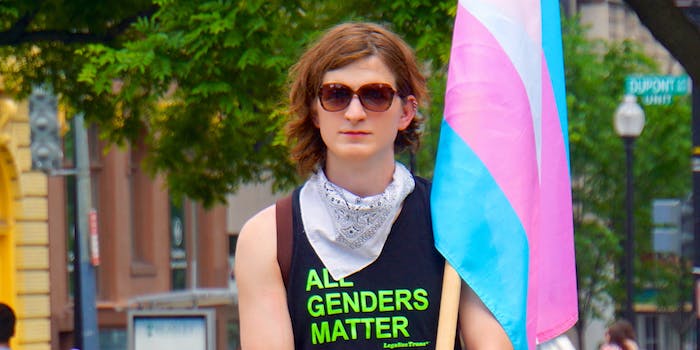 Attacks against Muslim and LGBTQ people have increased the most.

Hate crimes across the United States increased by 20 percent in 2016, due in part to Donald Trump winning the presidential election, according to a notable hate crimes researcher.

Brian Levin, director for the Center for the Study of Hate & Extremism at California State University, San Bernardino, says two dynamics were in play for the increased hate crime reports. He believes President Trump’s attacks on Muslims and immigrants have fueled hate crimes, and that victims feel more empowered to report hate crimes because they aren’t the only ones being victimized.

“[The presidential campaign] coupled with significant coverage, might have encouraged two things to happen: Individuals who vary in motivation, from hardcore bigots to those just seeking a thrill, seeking something to do, as well as victims who felt that they should report this because they’re not alone,” Levin told NBC News.

NBC notes that Muslim and LGBTQ hate crimes account for most of the growth. Anti-semitic attacks were also huge, with New York City alone reporting 55 anti-Semitic crimes from Jan. 1 to March 5 this year.

Earlier this March, discredited reporter Juan Thompson was arrested for making threats to Jewish community centers and the Anti-Defamation League. According to the U.S. Attorney’s Office, Thompson sent the threats in an attempt to harass an anonymous victim, who was his ex-romantic partner.