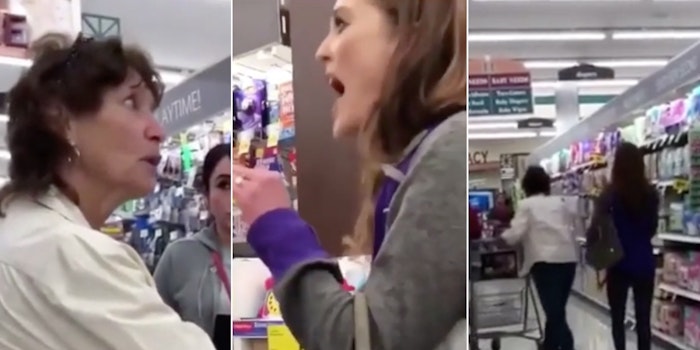 'I'm calling the cops. You leave these women alone.'

Update 11:51am CT, Sept. 3: The video that went viral this week on Reddit is actually an old clip from 2018. Its virality seems to stem from the newly minted “Anti-Karen” nickname given to its protagonist. The original story is below. This video was filmed in Colorado.