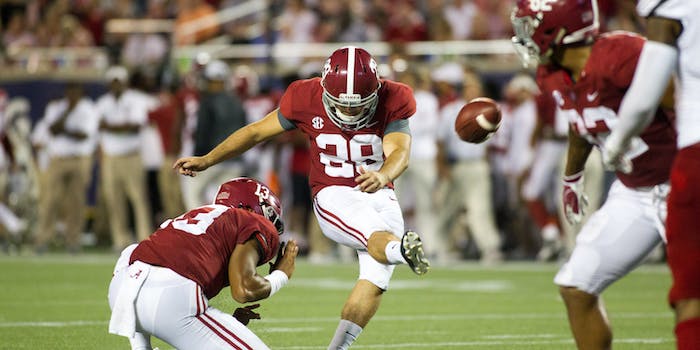 Carbon Hill Mayor Mark Chambers submitted his resignation letter to the city clerk on Saturday. There is an emergency meeting scheduled for Wednesday to discuss next steps, WHNT-19 reports.

The football team posted a video Thursday of team and staff members reading an essay written by Alex Leatherwood in support of Black Lives Matter. The Crimson Tide offensive lineman wrote “All lives can’t matter until Black lives matter,” according to ABC News.

The video included the caption, “In this moment in history, we can’t be silent.”

After the team published the video, Chambers posted on Facebook that he was selling his photos of the University of Alabama’s football team and its head coach, Nick Sabin. He wrote that “Nick Sabin and the Crimson Tide is done.”

In a comment, Chambers wrote that he is not getting rid of the photos because of how the team performed, but because of the team’s “sorry ass political views.”

In another comment, Chambers wrote “when you put Black lives before all lives they can kiss my ass.”

One person tweeted that some people hold the same views as Chambers but will cheer on Black football players.

He added that the only way to “change it” would be to “kill the problem out.”

“I know it’s bad to say but with out [sic] killing them out there’s no way to fix it,” Chambers continued, according to CBS News.

Some Twitter users said they were happy to see Chambers resign and that he has been “crazy” for a long time.

Another said that the nation will progress without people like Chambers in power.